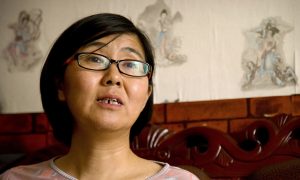 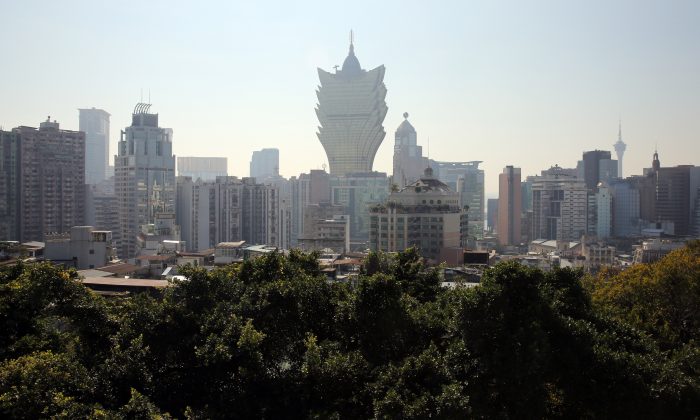 These days, no one’s too young to be a radical troublemaker.

Baby Ho Chun-yan was supposed to visit Macau with his parents on Friday, Dec. 19. Ho’s dad even brought his camcorder to film the one-year-old boy at the famous Ruins of St. Paul’s, which is lighted up for Christmas.

But baby Ho and his parents, all Hong Kong residents, never made it pass Macau customs. The trio were held in an interrogation room for about an hour before receiving notification that baby Ho had to stay in Hong Kong because he is an “internal security threat to Macau.”

“I’m sure my kid’s dangerous! He doesn’t even know how to walk!” Mr. Ho told Hong Kong publication Apple Daily, adding that the ban was “ridiculous.”

Baby Ho wasn’t the only one barred from entering Macau that day, the 15th anniversary of the region’s return to China. A number of regular Hongkongers also found themselves in the customs interrogation room before being turned back to Hong Kong, Apple Daily reports.

As it turns out, these Hongkongers either have the same name or a similar sounding name to prominent Hong Kong pro-democracy supporters.

For instance, Baby Ho’s Chinese name is identical to Albert Ho, a long-time pan-democratic lawmaker and a participant of the recent Umbrella Movement protests. Albert Ho was arrested at the Admiralty protest site when it was cleared on Dec. 15.

An 80-year-old man named Chan Wai-yip — written in the same characters as People Power pan-democrat Albert Chan — was considered an “internal threat to Macau” and had to leave, according to Ming Pao.

This farcical ban is revealing of the Chinese regime’s Hong Kong democracy paranoia, which stems from the recent 79-day long Occupy protests.

However, this is not the first time Hongkongers have been prevented from leaving their city. On Nov. 15. three Hong Kong Federation of Students members were denied entry into China. They wanted to petition Chinese premier Li Keqiang for fuller democracy in Hong Kong.

Beijing also reportedly blacklisted 500 students who participated in the Umbrella Movement and other pro-democracy activities. A handful of low-key student protesters tried to cross the borders to test the ban and were refused entry into the mainland after being held by customs police for four hours.

To top it off, baby Ho Chun-yan, age 1, and numerous others were also blacklisted — for being the namesakes of Hong Kong’s democracy advocates.