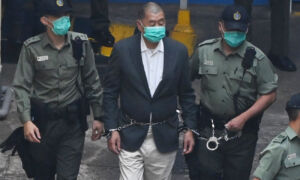 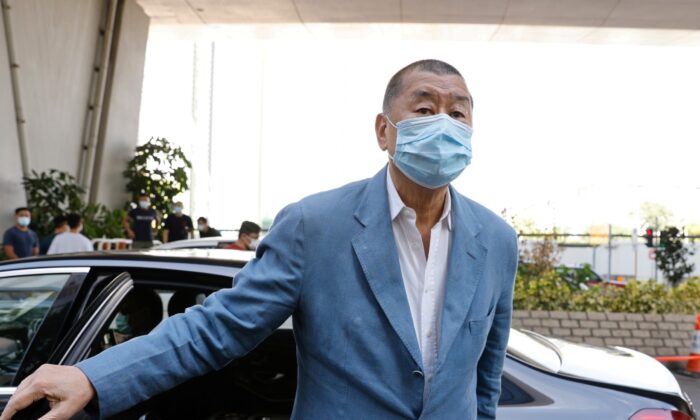 An immediate appeal by the prosecution was rejected.

Lai is one of the financial hub’s most ardent critics of Beijing, while his Next Media group is considered one of the city’s key remaining bastions of media freedom. He was arrested in August when about 200 police officers raided the newsroom of his Apple Daily tabloid.

Lai, 73, who had been in custody since Dec. 3, also is charged with fraud related to the lease of a building that houses Apple Daily. He was initially denied bail during a court hearing last week.

The security law—which punishes what Beijing broadly defines as secession, subversion, terrorism, and collusion with foreign forces with up to life in jail—has been condemned by the West and human rights groups as a tool to crush dissent in the Chinese-ruled city.

Under the new law, the onus is on the defendant to prove they wouldn’t be a national security threat if released on bail. Under Hong Kong’s common-law-based legal system, the onus has traditionally been on the prosecution to prove its case.

Under his bail terms, Lai isn’t allowed to meet with foreign officials, give any media interviews, publish any articles, or post on social media; he will have to remain at home and surrender his travel documents.

Lai has been a frequent visitor to Washington, meeting with officials, including Secretary of State Mike Pompeo, to rally support for Hong Kong democracy, prompting Beijing to label him a “traitor.”

By Katherine Cheng. The Epoch Times contributed to this report.