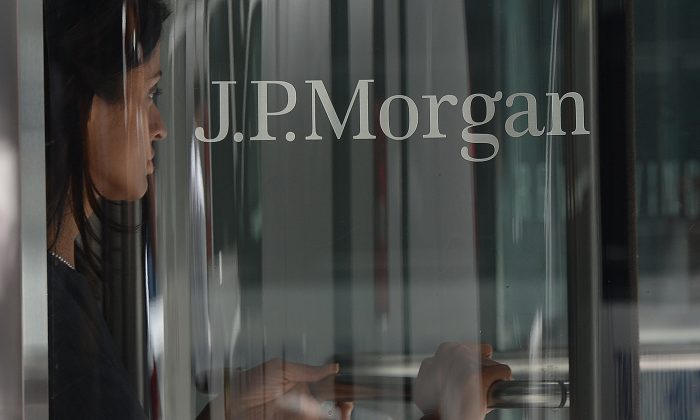 A woman is seen leaving JP Morgan Chase & Company headquarters in New York, on Aug 14, 2013. JPMorgan is just one of the Wall Street banks which employs relatives of CCP officials to get business in China (Emmanual Dunand/AFP/Getty Images)
Business & Economy

Wall Street firms have enjoyed doing IPOs and other investment banking businesses in China for the last two decades. They even invested significant equity stakes in the four big state-owned Chinese banks.

They’ve generated meaningful returns on their investments, but the good days are over and legal troubles lie ahead.

In China, business cannot be separated from politics, especially in dealing with state-owned enterprises. There are a few aspects to consider when thinking about lucrative IPOs. Usually, the underwriting job will go to the bank, which best appeases the management of the company to go public. In addition, Chinese companies value reputation, so an IPO with a prestigious Wall Street white-shoe firm is desirable.

Wall Street banks cannot legally incentivize Chinese with cash due to the Foreign Corrupt Practices Act, so they found another way to secure a steady stream of business. They hire the sons, daughters, and close relatives of senior Party and government officials on their deal teams. This strategy has worked for a long time. These hiring practices are not illegal, but the danger is real and the potential damage to the brand of U.S. investment banks in the long term cannot be ignored.

The trouble, which lies ahead has a strong correlation with China’s political landscape. President Xi Jinping has been consolidating power with the support of ruling elites. He realizes fully that the Chinese Communist Party (CCP) is in danger of losing power due to widespread corruption and abuse of power. His No. 1 priority is to prolong the life of the CCP using any means.

Foreign investments into China have already peaked and its domestic private sector is weak, due to competitive disadvantages in credit markets and local government officials. The only way to generate meaningful economic growth is to have another round of infrastructure investment, which is no longer effective. It merely results in many ghost cities, unoccupied towns, and empty buildings.

Xi must show he can effectively fight corruption to ease the anger of China’s population, and he is ready to do that. Xi can remove a large portion of the corrupt officials from the previous administration and replace them with his own lieutenants.

This is where Wall Street firms will be impacted.

The reason goes like this. Lucrative deals were given to a Wall Street firm because the relative of a high-ranking CCP official was on the deal team. Management of the company involved in the deal gave the business to the bank with the CCP connection. Conversely they expected payback in the form of promotion by the senior CCP official. Many did receive such promotions without merit.

Today, with Xi in power, these former senior party officials may be out of favor with the current regime. The promotion of company executives because of a certain deal constitutes corruption. This is where everyone involved in the deal could be in trouble.

In order to promote China’s domestic economy and punish foreign firms, the Chinese government could levy corruption charges on Wall Street investment banks for engaging in these practices. It would be difficult to defend because the media already widely reported on these cases.

Almost every megabank used these tactics in their China strategy over the last two decades. That also reflects the culture of many U.S. public companies of concentrating on short-term profits. The result of this shortsightedness in the banking industry: Most banks have missed the opportunity to truly stand out.

Warren Song and Frank Yu are contributors to the Epoch Times.