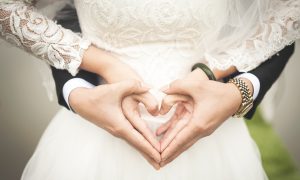 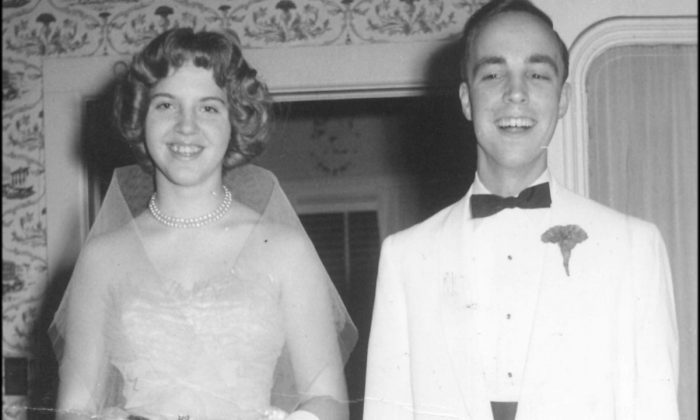 High school sweethearts Barbara Cotton and Curtis Brewer at their prom in 1961. (Barb and Curtis RV Fund/GoFundMe)
US News

Two high school sweethearts reunited after decades apart and ended up getting married 57 years after their prom night.

Barbara Cotton and Curtis Brewer went to school together in Connecticut in 1961.

They were married on Jan. 5 in Milwaukee.

“God found a way to bring them together. They never broke up, but were separated by forces beyond their control. They never stopped loving each other as they continued on their separate life journeys,” according to a friend who started a GoFundMe to raise money to enable them to buy an RV for a cross-country road trip.

Brewer went to college and eventually settled down in Florida while Cotton remained in her hometown to take care of her five brothers after her mother died. She later moved to Milwaukee. They lost contact.

The couple said they got separated, as opposed to breaking up.

“Curtis went off to college, our lives kind of lost each other but we never broke up just got separated,” Cotton told Fox 6. “He had always loved me and I loved him. We were high school sweethearts I went to his junior prom and senior prom.”

Then, in July 2018, they found each other on Classmates.com.

“I was elated,” Brewer added to Inside Edition. “I was happy. In a way, I was [on the site] trying to find her, too.”

Now, the couple is planning an RV trip across America.

“Barb and Curtis would like nothing more than to begin their newly married life traveling across the country in an RV. You can help support them in this brand new chapter of their life together as husband and wife, a dream come true!” wrote Leah Strecher, the friend, on the GoFundMe page.

Howard Foster broke up with Myra Clark more than 45 years ago, he told The Associated Press in 2017, because he was afraid they couldn’t be happy together.

Foster is black and Clark is white.

Then, they reunited at a park in Columbus in 2013. “It was that dream you just never thought would come true … there she was,” Howard said.

The couple recalled feeling pressure to not stay together when they were younger.

“Society wasn’t going to let us be together and she be happy. … She’d get tired of the stares; I just thought it was unfair to her,” Howard said of his decision. “Her happiness was the most important thing.”

Myra Clark said she believed Foster when he said he wanted her to be happy. Since then, interracial marriage has skyrocketed, from 3 percent of newlyweds in 1967 to 17 percent in 2015.

Howard said they got married to spend the rest of their lives together.