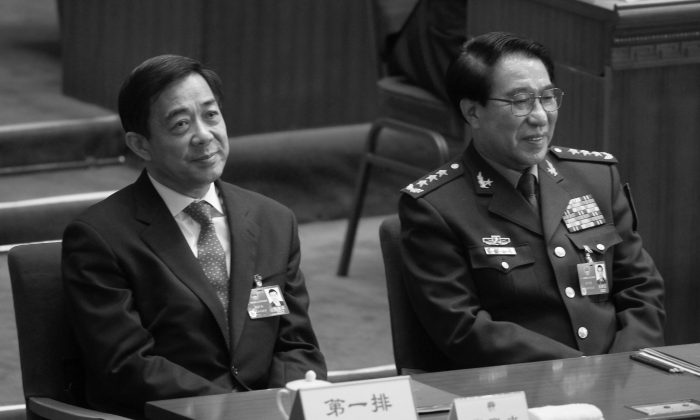 General Xu Caihou has been a high-profile target of Xi Jinping’s ongoing anti-corruption purge for over a year, but it’s only now that the extravagant wealth of the former second-in-command of the Chinese regime’s armed forces has been unveiled.

According to mainland Chinese media, jades, valuable antiques, and neatly packaged banknotes weighing in at a full ton were found in the basement of Xu’s 2000-square acre estate this March.

Xu Caihou, former Vice Chairman of the Central Military Commission, was under investigation both for his outsize corruption, and almost certainly because of his partnership with figures like fallen Politburo member Bo Xilai, and former Politburo Standing Committee member Zhou Yongkang. His investigation for corruption was announced by Chinese authorities in June. He lost his title and was expelled from the military and Communist Party.

The current communist leadership’s anti-corruption campaign was launched soon after Xi Jinping took power in late 2012. To date, it has led to the disciplining of over 74,000 people, as stated on the website of the Central Commission for Discipline Inspection, the Communist Party organ in charge of the purge.

Xu Caihou is one of the highest-ranking military officials to be purged in the history of communist China. Along with former security czar Zhou Yongkang, Xu is a staunch ally of Jiang Zemin, the former Communist Party boss whose deep-seated political clique gained extraordinary influence even after Jiang retired from the post of general secretary in 2002.

Though “corruption” is the catch-all charge used by Chinese authorities to discipline their ranks, many of the purged officials with ties to Jiang were complicit in the former leader’s myriad crimes against humanity, including forced organ harvesting from prisoners of conscience. Bound by this collective bloody enterprise, such officials, including Xu, found it expedient to keep supporting Jiang over the years.

By nabbing high-ranking figures such as Xu and Zhou, current general secretary Xi Jinping has begun to break the influence Jiang’s faction once enjoyed over the military and security apparatus of the Chinese regime.

MORE: 9 Things You Must Know About Zhou Yongkang

Phoenix Weekly’s Chinese-language report detailing the extent of General Xu’s hoarded goods was widely circulated among netizens. Though the original article has since been removed, it continues to be spread on popular social media platforms such as Sina Weibo.

According to the Financial Times, the cash found in Xu’s estate, which included Euros and dollars in addition to the yuan, was neatly packaged according to which soldier had paid the bribe. Many of the boxes were unopened.