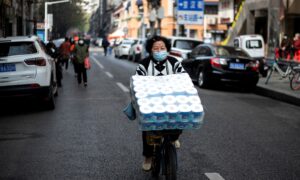 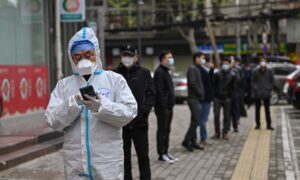 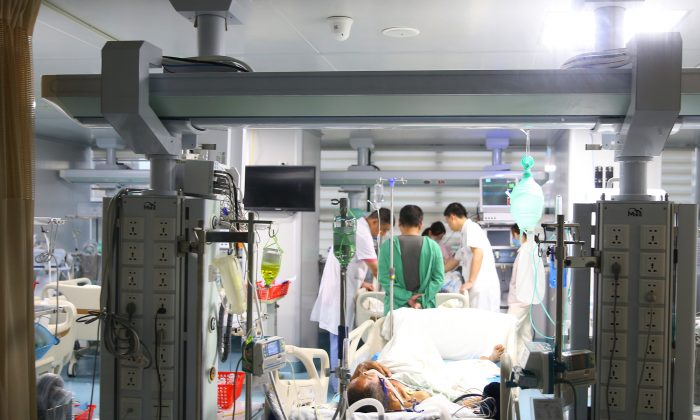 An injured person (front C) receives medical treatment in a hospital after a road accident which left 18 people dead and 14 injured, in Hengyang in China's central Hunan province on June 30, 2018. (AFP/Getty Images)
China

A 67-year-old man surnamed Liu was treated for cardiovascular disease at a Chinese hospital, but a 61-day treatment cost him 1.04 million yuan ($150,000). People in China are pointing to the case as an example of the country’s current health care situation: It’s very expensive to receive treatment, and a more affordable system is needed badly.

“A hospital treatment receipt can destroy 95 percent of Chinese families. For 61 days of treatment for cardiovascular disease, it cost 1.04 million yuan,” said the man’s daughter, who posted the invoice and commented on her WeChat friend’s circle on Nov. 27. She said that her family had to borrow from relatives and friends to pay the bill, and was hard-pressed to pay back the loans.

Liu, who is retired, and his family live in Wuhan, in central China. On Sept. 13, he said he didn’t feel well and his wife sent him to the Zhongnan Hospital of Wuhan University around noon. Liu was diagnosed with an acute myocardial infarction and severe right side coronary artery occlusion; a doctor said that his heart could stop working at any time.

Liu needed a cardiac coronary artery bypass operation immediately, but he was too sick to have surgery, Zhou Qing, vice director of the hospital’s intensive care unit (ICU), said. With the agreement of Liu’s family, doctors first set up an artificial heart and lung system, and the eventual operation was successful.

Chutian Metropolis Daily reported Nov. 30 that there are two invoices for Liu at present. One, issued on Sept. 27, was for 632,439 yuan for the first 14 days of treatment. The other is the one Liu’s daughter made reference to, issued Nov. 27. Liu’s daughter said some reimbursement is available from the health insurance system, but she doesn’t know how much.

The story triggered discussions among Chinese netizens, many of whom shared their experiences with high medical costs. A common theme was referenced by a man identified as Li Ke.

Li is a successful middle-aged businessman living with his wife, 3-year-old daughter, and retired in-laws in Beijing. Li’s family had a million yuan in a savings account and stocks, as well as apartments in Beijing and his in-laws’ hometown in Heilongjiang Province.

Last December, Li’s father-in-law caught the flu, and was initially misdiagnosed. On Jan. 4, the diagnosis was corrected, but doctors couldn’t find out what kind of flu the patient had or how to treat it. With his condition deteriorating, he was sent to the ICU, and doctors attempted to treat the illness using expensive extra-corporeal membrane oxygenation (ECMO).

“The apartment in their hometown is hard to sell on short notice, and I could only pay for ICU care for a dozen days or so even if I did sell it. If (my father-in-law) has to stay in ICU for a longer time, we’ll have to sell our Beijing apartment,” Li said.

Despite treatment in one of Beijing’s best hospitals, the father-in-law died after 29 days, leaving the family with a crippling hospital bill.

The 55th Golden Horse Awards (2018) winning movie “Dying to Survive,” which is based on a real story, also put a spotlight on China’s national health system.

In the movie, many Chinese leukemia patients had to sell their houses and all their valuables to buy the expensive medicine that wasn’t covered under China’s national health insurance at that time. When they had no money and couldn’t borrow from others, patients had few options for survival.

“As common citizens, if we get a severe illness, all we can do is go home and wait to die,” a netizen commented on the Chinese-language edition of The Epoch Times.

China has a complex national health insurance system, in which coverage is based on people’s residential registration system, their employment status, ranking in the Chinese Communist Party (CCP) hierarchy, and other institutional factors. In practice, applying for health care reimbursements is a long and difficult process that requires the signatures of multiple local CCP officials.