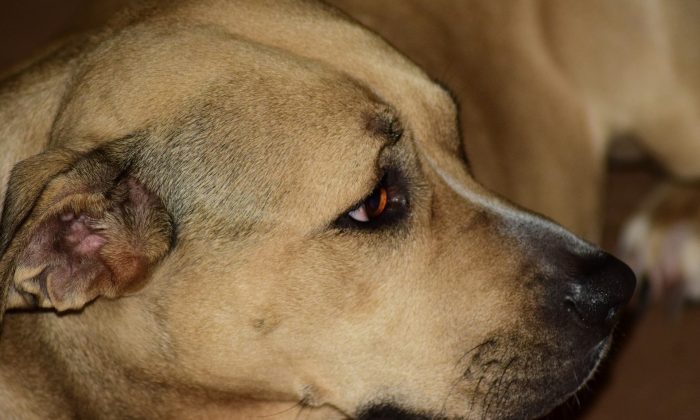 Hero Dog Breaks Out of House, Leads Police Back To Save Owner From Gas Leak

A Westchester County dog is being hailed a hero after breaking out of her house to save her owner’s life.

At 3:45 p.m., the police received a call about a loose, barking dog. “We got a call of a loose pit bull,” police Lieutenant Lawrence Rotta of the Tuckahoe Police Department said, according to WCBS.

GOOD GIRL! A dog in Westchester County, New York is being hailed a hero after breaking out of her home to save her owner’s life. At first police thought she was a dog on the loose, but then realized the pit bull was on a mission to get help. https://t.co/ecQDim2y3B

Upon arriving at the scene, police tried to catch the dog but she bolted.

“The dog then ran and took the officers through several streets, and then lead them back to the dog’s residence into the backyard,” Lt. Rotta said.

When the officers followed Sadie to her home on Fairview Avenue, they noticed the home’s sliding glass door was open, and the fence was open.

“When they went to investigate they noticed an odor of gas emanating from the doorway,” Lt. Rotta told WCBS.

As police walked around the perimeter of the house, they discovered the smell of gas coming from an open basement window.

When Eastchester Fire Department and Con Edison responded to the scene, they confirmed there was indeed a gas leak coming from the basement, reported WABC.

“The dog saved the house from a potential gas explosion and gas leak,” Lt. Rotta said.

Further investigation revealed claw marks and blood on the back of the door, leading Sadie’s owner to believe the dog sensed there was danger and somehow knew to seek help.

Sadie’s owner said she believes Sadie smelled the gas and started scratching frantically at the front door, before somehow managing to open the sliding door in the kitchen on her own.

“She went from being in time out to being my girl,” Sadie’s owner Serena Costello told WABC. “It looks like she was trying to get out this window….She was determined to get out.”

Somehow, Sadie chewed and dug her way out of a wooden blocker used to keep the sliding door shut and managed to run out into the backyard.

In all 11 years, Sadie has never once run out of the house, Costello said. How Sadie managed to figure out how to open the sliding door, Costello said she has no idea.

“This is my contraption I built so she never got out, which always worked since I been here,” Costello said. “But she nestled through here and escaped through the fence.”

At the time, Costello was at work and had no idea what was going on. She didn’t find out what had happened until a friend called her to let her know that police, firefighters, and utility workers were at her home.

She credits Sadie for saving her life and the life of her 4-year-old daughter.

“She is a hero,” she said. “She is our hero. It’s just so out of character for her to do. She saved our lives. Yeah. Emotional.”

However, the matter with the police wasn’t quite resolved yet.

“They had to write me a summons, which they didn’t want to, but I guess it’s the law for having an unleashed dog in the area,” Costello said. “But one of the police officers, I guess after ConEd said that [it] was a gas leak, took the summons and ripped it up.”

“You saved us,” Costello said, while hugging her dog.

A dog in Westchester County, New York, is being hailed a hero after breaking out of her home to save her owner’s life. https://t.co/MNQq4cOwaN