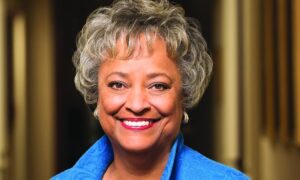 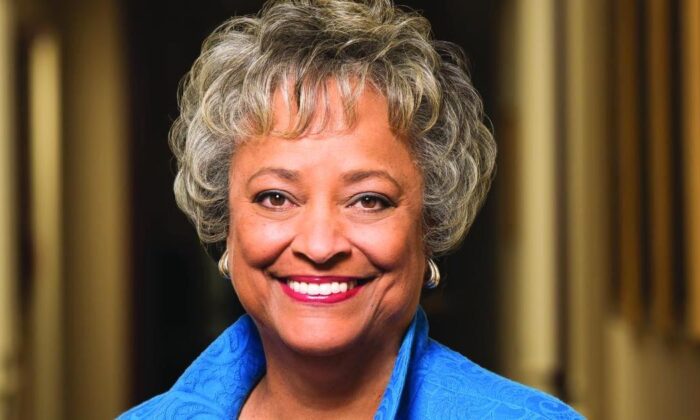 The president and executive vice president of the Heritage Foundation are both resigning, they announced on March 22.

Kay Coles James, the president, will stay on for up to six months until a replacement is found. After that, she’ll become a distinguished visiting fellow at the foundation, which promotes conservative ideas.

Kim Holmes, the executive vice president, will step down on April 16.

“When we came on board as the executive leadership team three years ago, we set several goals and told Heritage’s board of trustees that we would serve for three to five years to see them through,” James said in a statement. “We accomplished everything we set out to do. Now it’s time to let someone else take the reins.”

During James’s time as president, she “pushed the organization to new heights,” the foundation said, noting that one of her passions was having the organization reach out and share its message with youth, minorities, and women “who don’t necessarily consider themselves conservative but who practice conservative principles in their daily lives.”

James was a trustee of Heritage’s board since 2005 before becoming president. She also chaired the National Coronavirus Recovery Commission during the Trump administration.

She told The Epoch Times’ “American Thought Leaders” program last year that it was important to protect both lives and livelihoods, instead of imposing harsh lockdowns that led to rampant job losses.

“We recommend using stay-at-home orders sparingly and only when necessary,” she said. “I think that there is a tendency of some of us to see that as an infringement upon our personal liberties and freedoms and responsibilities; I more than anyone am concerned about what I have seen from some of our government officials, as they have been overbearing, overreaching, autocratic, and have assumed upon themselves authority which they just do not have, constitutionally.”

At the same time, James said that the COVID-19 pandemic “is a tremendous opportunity … to use this as an opportunity to look at all the unnecessary regulations that we have in place.” The Heritage Foundation in general supports deregulation and views small business as the backbone of the country, she said.

Holmes has worked for Heritage for 35 years, starting in 1985 and rejoining after serving in the George W. Bush administration.

“I am deeply proud of our accomplishments and honored to have played a role in helping Heritage to be ‘True North’ for the conservative movement long into the future. I look forward to seeing the great successes yet to come,” Holmes said.