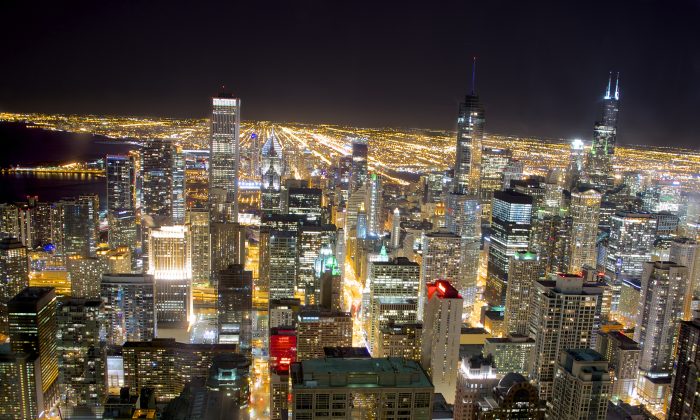 Here’s What’s on the Wish List of U.S. Mayors

Mayors of cities across the United States are overwhelmingly concerned about aging roads, mass transit, and water and waste treatment systems. They want to make their streets more bike-friendly, even at the expense of motorists. And mayors, both Democrats and Republicans, strongly favor policing reforms such as body cameras, civilian review boards, and data-driven evaluation.

Most say they get little financial support from federal and state government to address their pressing infrastructure needs.

These are some of the findings of the Boston University Initiative on Cities (IOC) 2015 Menino Survey of Mayors—a research project, now in its second year, that analyzes the major needs and policy priorities of a representative sample of mayors across the country.

This year’s survey, based on in-depth interviews with 89 mayors from cities of all sizes, was conducted with the support of the U.S. Conference of Mayors (USCM), the official nonpartisan organization of cities with populations of 30,000 or more. It was released Jan. 20, 2016, at the conference’s annual winter meeting in Washington, D.C.

The survey explored the mayors’ concerns and attitudes on a wide range of issues, from infrastructure and urban planning to poverty and economic inequality. Strikingly, mayors shared similar perspectives on major items such as policing reforms, despite city size and location or party affiliation.

“It’s really interesting that the Republican mayors were just as supportive of these reforms, which we think of as being largely Democratic priorities,” says Katherine Levine Einstein, the co-investigator of the survey and an assistant professor of political science at Boston University. The other survey investigator is David M. Glick, also an assistant professor of political science. The USCM does not identify its members by party affiliation. For academic purposes, the researchers identified the political affiliations of the 89 mayors surveyed.

The shared viewpoints across partisan lines reflect the pragmatic approach mayors need to take in order to govern effectively, says Graham Wilson, IOC director and cofounder. “Mayors are innovators, collaborators, and problem solvers by nature, often taking action when other levels of government cannot,” says Wilson, a professor of political science. “The BU Initiative on Cities was co-founded by one of America’s greatest mayors, Tom Menino, and we have a profound respect for the job mayors do every day.”

The 89 mayors who participated in the survey were from 31 different states. Of the 89, 63 were mayors of cities with populations over 100,000 (of which there are about 275 in the United States, according to the survey). The sample is 74 percent Democrats and 26 percent Republicans; cities are usually more Democratic than suburban and rural areas, according to the survey.

Mayors overwhelmingly believe that physical infrastructure is one of the greatest challenges facing their cities. While urban mayors have been expressing concerns about aging roads and mass transit for a number of years, their strong support for bike-friendly policies seems to reflect a growing recognition of the increasing millennial population in cities.

“Everyone understands [that] if you want to attract millennials, you have to have biking infrastructure,” one mayor was quoted as saying in the survey. “The mayors know there’s a new generation moving in and they want to see them,” says IOC executive director Katharine Lusk.

Survey interviewers asked mayors to evaluate five police reform proposals that have been discussed by the White House through the President’s Task Force on 21st Century Policing, the media, or others: body cameras, civilian review boards, evaluating police departments based on crime statistics, independent investigations for all police-related shootings, and the publication of arrest and crime statistics aggregated by demographics. Mayors were asked to rate their views on each policy proposal, from strongly opposed to strongly supportive.

On average, mayors expressed the strongest support for body cameras, with over 50 percent saying they were “strongly supportive” and over 30 percent “supportive.” Fewer than 10 percent of the mayors oppose body cameras. However, even those mayors who describe themselves as supportive or neutral worried about privacy issues associated with body cameras.

The mayor of a large Midwestern city told survey interviewers: “There are some issues that need to be addressed before it would be viable—some personal-security issues for people. You’re walking into their home. You’ve got the cameras. [There is] this whole issue of public records that could be asked for and privacy for individuals who may be in the middle.”

Eighty-five percent of mayors were either strongly supportive or supportive of publicizing arrest and crime statistics aggregated by demographics. At the same time, some mayors worried that releasing such data by racial background might reinforce stereotyping. One mayor of a large Western city said: “In terms of publicizing information, I think that perpetuates bigotry in the community.” A mayor of a large Southern city said: “What also makes me hesitate is that I don’t want to…fan the flame of racial profiling.”

“Regardless of your political affiliation at the local level, you have no friends in the statehouse,” Lusk says. “The mayors say this is a new environment—the level of rancor. They really feel like they’re suffering under the restrictions and constraints imposed by the state legislature.”

The Initiative on Cities and Citi, the global bank, funded the survey.

This article was originally published by Boston University.