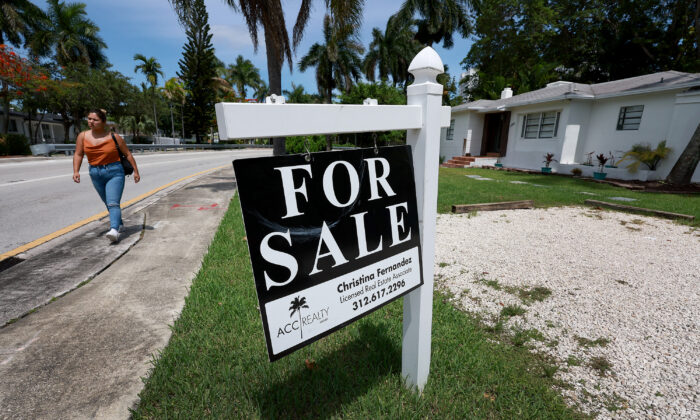 Here’s How Much a New Monthly Mortgage Will Cost

For the first time since the housing crash more than a decade ago, mortgage rates have exceeded 6 percent, rising alongside the Federal Reserve’s inflation-busting tightening efforts.

The 30-year fixed-rate mortgage averaged 6.02 percent for the week ending on Sept. 15, according to the new Freddie Mac Primary Mortgage Market Survey (PMMS). That’s up from 5.89 percent the previous week and 2.86 percent the same week in 2021, and represents the highest mortgage rate since the housing crash of 2008.

And, while there are signs that property prices are falling, home price levels remain significantly high compared to a year ago. Consequently, the monthly mortgage payment has increased considerably over the past year.

With these interest rates, the average monthly payment for a 30-year mortgage (principal, interest, and private mortgage insurance) is nearly $2,430, according to Redfin’s mortgage calculator. This estimate is based on a median house price of $406,890 and a 10 percent down payment.

Consequently, new homebuyers are paying $820 more each month on their mortgages compared to the same time a year ago.

Higher interest rates will trigger weakening real estate demand and accelerate downward pressure on home prices, Freddie Mac noted. Moreover, housing inventory levels have been climbing steadily. At the present rate of sales activity, it would take 10.9 months to exhaust the current supply of homes for sale in the market, according to data from the Census Bureau and Housing and Urban Development (HUD). The last time the metric was this high was in March 2009.

However, the current rising-rate environment will also “no doubt” affect housing affordability, Nadia Evangelou, a senior economist at the National Association of Realtors (NAR), recently wrote. The last time the NAR’s Housing Affordability Index was updated in July, when the 30-year rate averaged 5.48 percent, mortgage payments as a percentage of income were nearly 25 percent.

For the first time since January, single-family home prices tumbled more than 3 percent to $403,000 in August, NAR data confirmed. Prices are trending downward, but higher mortgage rates can still make owning a home more expensive or harder to be approved for a mortgage.

Still, many Americans are waiting for a sharp downturn to achieve the dream of homeownership. In August, a Consumer Affairs survey found that 78 percent think a housing crash is on the horizon. Nearly two-thirds (63 percent) want it to occur, and 84 percent of respondents from Generation Z (those born roughly between 1997 and 2012) desire a significant downturn so they can afford a home.

The Federal Reserve rate increases and the rising cost of living are weighing on the U.S. real estate market, which has slipped into a recession, the National Association of Home Builders (NAHB) says.

The NAHB Housing Market Index, a measure of homebuilder sentiment, further weakened to 46 in September for the ninth straight month, down from 49 in August. This was also below the market consensus of 47. In July, pending home sales plummeted 19.9 percent year-over-year and dropped 1 percent month-over-month. New home sales also declined 12.6 percent to 511,000 units in July. Mortgage applications slipped 1.2 percent for the week ending Sept. 9, according to the Mortgage Bankers Association (MBA), which was the fifth straight weekly decline.

“Higher mortgage rates have pushed refinance activity down more than 80 percent from last year and have contributed to more homebuyers staying on the sidelines,” said Joel Kan, MBA’s associate vice president of economic and industry forecasting.

This could be the beginning of a much larger slowdown, and conditions could worsen in 2023, Goldman Sachs economist Jan Hatzius wrote in a recent memo to clients, adding that home price growth could stall completely and average at zero percent in 2023.

“We expect home price growth to stall completely, averaging [zero percent] in 2023,” Jan Hatzius, a Goldman strategist and economist, wrote in a memo. “While outright declines in national home prices are possible and appear quite likely for some regions, large declines seem unlikely.”

For the rest of 2022, the investment bank projects a 22 percent drop in new home sales, a 17 percent decline in existing home sales, and an 8.9 percent slide in the overall housing GDP.

Sam Hall, a property economist at Capital Economics, sees more pain ahead for the housing industry.

“Stretched affordability continued to weigh on housing market activity in July and August, leaving mortgage applications for home purchase down by 40 [percent] from their high in January,” he wrote in a note. “A renewed rise in mortgage rates to above their previous peak of 6 [percent] in the first week of September will cause more pain for the housing market.”

With inflation running hotter-than-expected in August and multiple central bank officials warning of higher-for-longer interest rates, the 30-year mortgage rate could keep climbing throughout the rest of the year, according to industry experts.

The recent Bankrate Mortgage Rate Trend poll for Sept. 15–21 found that 78 percent say rates will go up. Eleven percent think mortgage rates will stay the same, while another 11 percent believe they will go down.

“Up, up and away,” Greg McBride, the chief financial analyst at Bankrate, said in the survey. “Inflation remains broad-based and problematic, the Fed will continue to be aggressive in raising rates and there is more supply of mortgage-backed bonds that need to be absorbed as the Fed retreats.”