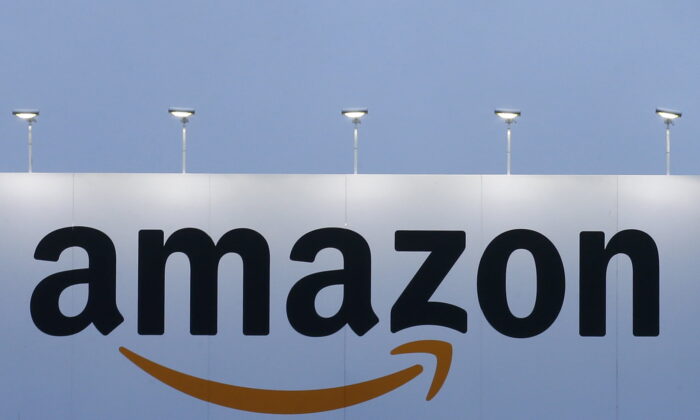 The logo of Amazon is seen at the company logistics center in Lauwin-Planque, northern France, Feb. 20, 2017. (Pascal Rossignol/Reuters)
Markets

Amazon.com, Inc appeared to be trading more than 94 percent lower in the premarket, but the new $125 price tag on the stock is due to a 20-1 stock split, which took effect on Monday after being announced in March.

Amazon’s adjusted share price makes investing in the stock more affordable for retail traders, and on Monday Amazon was shooting up almost 5 percent higher, which caused the stock to break up from a bull flag pattern on the daily chart.

The bull flag pattern is created with a sharp rise higher forming the pole, which is then followed by a consolidation pattern that brings the stock lower between a channel with parallel lines or into a tightening triangle pattern.

A bull flag is negated when a stock closes a trading day below the lower trendline of the flag pattern or if the flag falls more than 50 percent down the length of the pole.

Amazon’s bull flag pattern was created between May 24 and Friday, with the pole formed between May 24 and June 1 and the flag printed over the two trading days that followed. The measured move the break from the pattern is 23 percent, which indicates Amazon could soar up toward the $148 level in the future, although retracements to form higher lows are likely along the way.

Amazon’s higher prices on Monday caused the stock to confirm it’s now trading in an uptrend, with the most recent higher high printed on June 2 at $125.51 and the most recent higher low formed at the $120.05 mark on that same day. Bullish traders looking to enter a position may choose to wait until Amazon forms its next higher low and prints a reversal candlestick above the $120 level in order to take a position.

Bearish traders want to see big bearish volume come in and drop Amazon down to form a lower low, which would negate the uptrend and indicate more downside is in the cards. Although the stock has confirmed an uptrend on the daily chart, Amazon is still trading in a downtrend on the weekly chart.