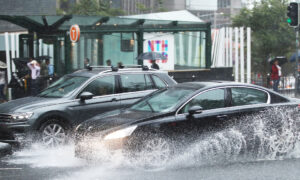 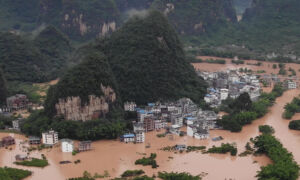 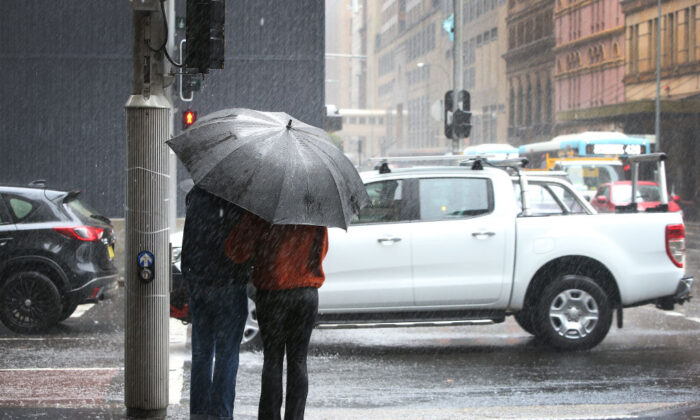 Up to 200 millimetres (7.9 inches) of rainfall hit a number of towns including Moruya, Nowra, and Captains Flat over the past 24 hours, with up to 300 millimetres of rain falling in some areas.

More than 20 homes at Broughton Vale near Berry were also cut off by floodwater.

There are concerns about the town of Moruya where the river is expected to peak at 2.7 metres on the afternoon of Aug 9 as well as Sussex Inlet which is forecast to rise to 1.3 metres with the high tide at night.

The nearby river at Island Point Road is also expected to peak near 1.5 metres later on Aug. 9.

The NSW State Emergency Service says the ground in those areas is already very saturated after heavy rainfalls caused flash flooding one week ago.

Commissioner Carlene York says volunteers are closely watching the flooding in Moruya’s CBD with residents urged to prepare their properties in case an evacuation is ordered.

“Moruya CBD is our greatest risk at this stage and those areas affected from a week ago around the Sussex Inlet areas,” she told reporters in Sydney on Aug. 9.

“The ground is pretty well saturated in these areas, it does make it very difficult for these waters to get away and does result in that flash flooding sometimes in unexpected areas that have not flooded before.”

York also noted the ground across parts of the South Coast has become unstable as a result of last summer’s bushfires with residents warned to be alert for landslides and fallen trees.

The NSW SES has responded to more than 700 calls for help and conducted more than 18 flood rescues over the past 48 hours with most calls coming from Berry, Nowra, Broughton Vale, and Gerringong.

NSW Bureau of Meteorology senior flood hydrologist Justin Robinson said the heavy rains are expected to ease on the South Coast later on Aug. 9 and move towards Sydney, the Central Coast, and possibly into the Hunter region.

“Hopefully over the next 24 hours the worst of the weather will be over,” he told reporters.

Flood warnings associated with the low-pressure system have been issued for the Shoalhaven, St Georges Basin, Deua, Moruya, Queanbeyan, Molonglo, and Snowy rivers.

Disaster assistance has been made available to those impacted in the local government areas of Bega Valley, Eurobodalla, Kiama, Shellharbour, Shoalhaven, and Newcastle.

The NSW SES encourages those dealing with the heavy rainfall to move vehicles under cover, secure loose items around their homes and keep at least eight metres away from fallen power lines.