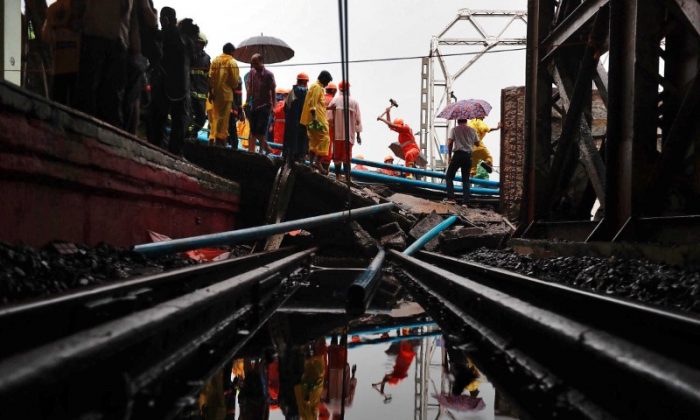 Rescue workers seen working at the site of an overbridge that collapsed over the railway tracks after heavy rains in Mumbai, India on July 3, 2018. (REUTERS/Danish Siddiqui)
Asia & Pacific

MUMBAI—Heavy rain delayed flights on Tuesday in and out of India‘s financial capital of Mumbai where a footbridge partially collapsed, halting commuter trains.

Schools and colleges in several parts of the city declared a holiday but government offices, the stock exchange and banks were functioning as normal.

Jet Airways, India‘s biggest full-service airline, announced a waiver on penalties for changing flights and refunds for passengers flying out of Mumbai.

A footbridge, weakened by the rain, partially collapsed in the western suburb of Andheri, blocking train services on one of three main railway lines into the city.