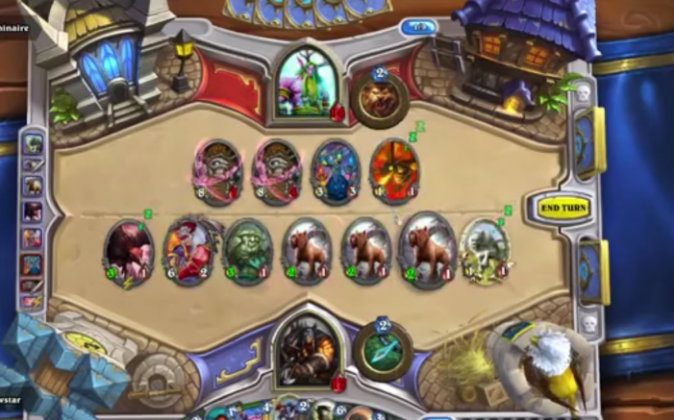 Blizzard is going to make some balances to two popular cards.

On Thursday, September 11, Blizzard Community Manager Zeriyah announced on the Blizzard Hearthstone forum that changes will be made to two cards, Leeroy Jenkins and Starving Buzzard, with effect from September 22.

Leeroy Jenkins, a 4 mana 6/2 Legendary with Charge and the ability to summon two 1/1 Whelps for the opponent, will cost 5 mana to summon.

Starving Buzzard, a 2 mana 2/1 Basic card that allows the player to draw a card whenever a Beast is summoned, will cost 5 mana, but gets a stat buff to 3/2.

Zeriyah explains that the Leeroy nerf was to prevent players from beating opponents “in one turn without requiring any cards on the board.”

“Fighting for board control and battles between minions make an overall game of Hearthstone more fun and compelling, but taking 20+ damage in one turn is not particularly fun or interactive,” Zeriyah added.

Indeed, decks such as Miracle Rogue, Aggro Zoo, and some Hunter decks use cards like “Power Overwhelming, Faceless Manipulator, Cold Blood, Shadowstep, and Unleash the Hounds, among others” to boost Leeroy, clear the board, and go for the win by dealing excessive amounts of damage.

As for Starving Buzzard, Zeriyah notes that in its current form, the card drawing advantage it gives Hunter players is “ultimately… too excessive for its low cost.”

Leeroy Jenkins can be disenchanted at full cost for a limited time after the balance change takes place.

Blizzard won’t be making any more changes between September 22 and the Hearthstone World Championship at BlizzCon.

Zeriyah concludes his post by assuring players that Blizzard will only make changes they feel are “completely necessary” so that there is more “variety of cards seen at all levels of play.”

Thus far, at least one popular Hearthstone Twitch streamer, Trump, thinks that “Hunter is dead” because “it was the Starving Buzzard/Unleash combo which kept a lot of Hunters in it in the late game.

“You basically remove Starving Buzzard from the game, so I’m not entirely sure what to say other than I think Hunter is gone. Poof!”

Trump opines that Miracle Rogue “might not be dead because it might go into the Malygos form instead.”