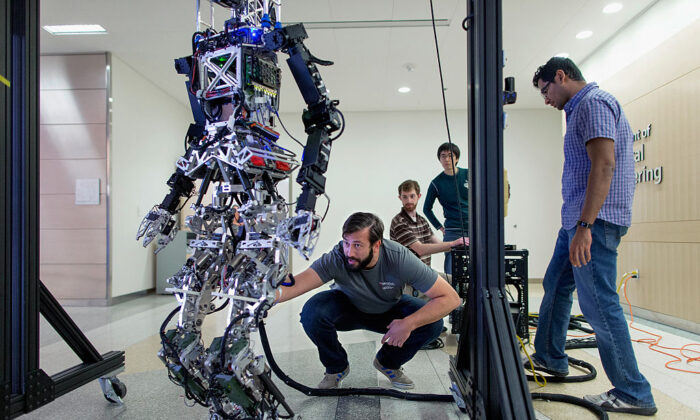 Five federal officials admitted at a hearing on Nov. 19 that they have a problem that had been missed for years, and even now, they aren’t confident they know just how large it really is.

The hearing followed a Senate subcommittee report released Nov. 18 showing that thousands of U.S.-based scientists and other experts have been paid by China to hand over research and development, boosting Beijing’s economic and military strength to the detriment of the United States.

The report criticized federal agencies for not doing enough to identify and weed out compromised researchers. It also questioned the FBI’s lack of action, and the hearing was to examine the role of these agencies.

“From my perspective, we absolutely should have been faster, without a doubt,” Brown said. He said they didn’t realize the importance of the problem in 2008, when China launched its Thousand Talents Program (TTP) to lure scientists and experts, using money and other incentives, into handing over their work. The TTP now involves about 7,000 scientists, and China has 200 such programs.

“In 2008, America didn’t fully understand the threat we face today,” Brown said. “As the threat evolved from 2008, you had folks working it, but it just wasn’t clear the extent of it. Then once it crystallized in 2015, that’s when we said, ‘Hey, we’ve got a problem here.’”

He said the FBI has doubled efforts in the past few years.

Michael Lauer, deputy director for Extramural Research at the National Institutes of Health (NIH), was among the panel members. He told the hearing, “We don’t know the scope of the problem.” It would be hard to measure overall, he said, but NIH currently has 140 known individuals “of concern.”

China had previously posted a list online of participants in the TTP. But when U.S. law enforcement officials began looking at the program, China removed all public references to the TTP.

Sen. Rob Portman (R-Ohio), chairman of the Senate Homeland Security and Government Affairs Committee’s Permanent Subcommittee on Investigations, led the hearing. He said the result of the TPP and other such programs is that “the U.S. taxpayer funds China’s research and development, so China doesn’t have to pay for it. And, second, China then uses that research it wouldn’t otherwise have to improve its own economic and military status.”

Sen. Tom Carper (D-Del.), the panel’s ranking Democrat, also asked the witnesses “how much may have been lost to China over the years, and how might we go about measuring” the loss.

Brown responded, “I don’t know that you can measure it. It’s significant, no doubt. … It’s a problem we have to continue to address, and it’s not going to go away.”

Christopher Fall, director of the Department of Energy’s Office of Science, responded that “patents is one example, where you see a big change in the number of patents that are filed out of China. Some of those are based on U.S. appropriated research and some not.”

Rebecca Kaiser, head of the National Science Foundation’s Office of International Science and Engineering, told Carper, “It’s challenging for NSF because we fund basic research and we require those outputs to be open. The challenge is if those research projects are taken to China before our U.S. investigators can actually make them open.”

Sen. Josh Hawley (R-Mo.) told the hearing, “This problem is going to get worse.”