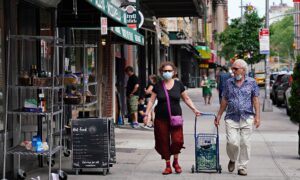 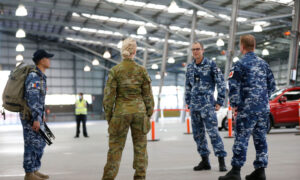 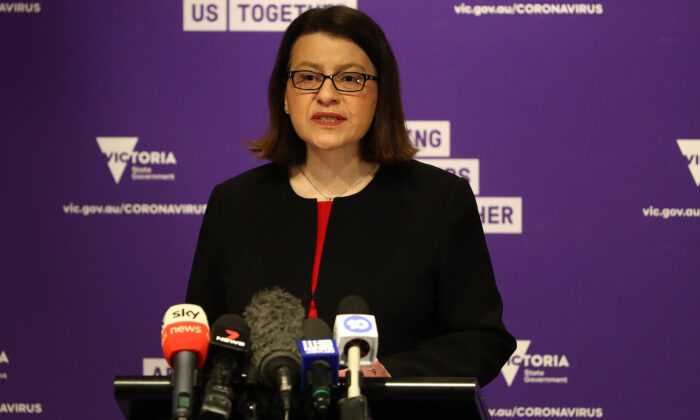 Victoria’s health minister provided a number of written responses to questions posed to her about the government’s public health response to the CCP virus pandemic that she evaded during Parliamentary Question Time the day before.

Victoria’s Minister for Health Jenny Mikakos refused to answer most questions for an hour, creating outrage among cross-benchers and upper house ministers.

In response to her first question, Mikakos made it clear she was in attendance against the advice of the Chief Health Officer, Brett Sutton.

“We shouldn’t be at Parliament today,” she wrote on Twitter.

“It’s a dangerous trend for leaders to ignore medical advice. We should set the example. The longer we’re here, the greater the risk to all who work at [Spring Street],” she added.

We shouldn’t be at parliament today. We should all be staying safe. The @VictorianCHO advice was to delay this sitting. It’s a dangerous trend for leaders to ignore medical advice. We should set the example. The longer we’re here, the greater the risk to all who work at #springst pic.twitter.com/eocRLzM7mW

Opposition health minister Georgie Crozier wrote on Twitter on Aug. 5 that she had received written answers to the questions she raised in Parliament the day before, including about the release of a genomics report undertaken by the Doherty Institute into Victoria’s positive COVID-19 cases.

In one of the written responses shared on Twitter by Crozier, Mikakos writes that a Board of Inquiry was formally established by the Victorian government on July 2 to examine aspects of the hotel quarantine program.

“I will not be providing a commentary while the inquiry is ongoing,” Mikakos writes on two of the written responses.

Crozier challenged this, writing on Twitter that the inquiry did not prevent public commentary. This was backed up by a statement released by former judge Jennifer Coate, who is leading the inquiry.

“Under law, unlike a court, there is no general restriction or prohibition which would prevent a person from commenting publicly or answering questions to which they know the answers on matters which are the subject of examination by this board of inquiry,” Coate said in a statement announcing a delay to the inquiry.

Crozier asked why spending on the public health team (which includes contact tracing) was cut in 2016-17 and 2019-20.

Here are the answers to the questions I raised in the Parliament yesterday. Noting the no commentary because of #HQInquiry .. despite Chairperson Coate saying the inquiry is not a court so doesn’t prevent anyone from commenting publicly or answering questions.. #springst pic.twitter.com/hi4e4GP1s4

In one written response, Mikakos explained that the government invested $37 million (US$26.5 million) to increase its “coronavirus surveillance capacity” at the start of the pandemic, and that a team of over 2,000 people is involved in contact tracing including call centre staff.

In written replies by Mikakos to questions by MPs Clifford Hayes and David Limbrick about the method undertaken by the Victorian Labor government, Mikakos referred to the fact that decisions have been made on Sutton’s advice.

Hayes posted the responses to his questions on Twitter, Mikakos wrote, “The Victorian government is focused on the immediate issue on flattening the curve, reducing cases and driving down rates of unknown community transmission.”

In response to Limbrick’s questions about ICU beds and ventilators, Mikakos explained that Victoria’s health services are equipped to supply enough beds, and redirect resources if needed.

A number of other questions from the MPs are yet to be answered by Mikakos. During a press conference on Aug. 5, Mikakos revealed the reason for her giving notice to questions was to save time. She was concerned the meeting would continue into the next day if she had not done so, leading to a longer period of ministers going against the chief health officer’s wishes.

The next parliamentary Legestrictive Council is scheduled for Aug. 18.