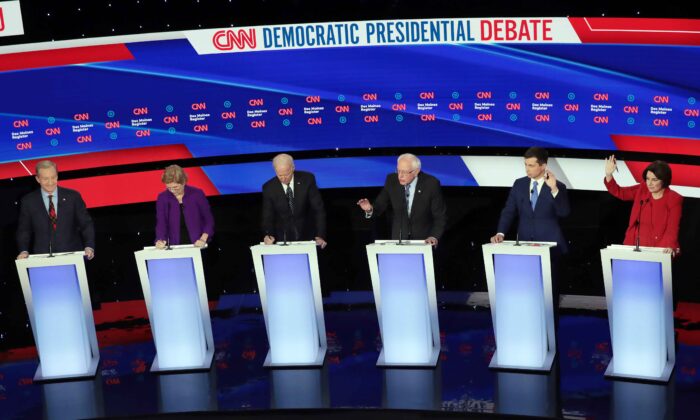 Heading Into Iowa: Where Do the Democratic Candidates Stand on Health Care Coverage? 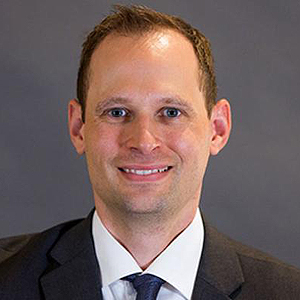 As Democratic presidential hopefuls gather in Iowa for the seventh debate, Iran and foreign policy will likely play a central role.

But health care will remain the most important topic of debate for many Americans. No doubt, all six candidates tonight will talk about their proposals for health health reform using terms like universal coverage, public option, “Medicare for All,” and single-payer.

What do these terms mean, and where do Democratic presidential candidates onstage in Iowa stand on expanding coverage to all Americans?

First Things First: Who Should Be Covered?

Most Western nations ensure that everyone living in their country has access to insurance coverage. This is referred to as universal coverage.

Generally, this coverage includes access to all needed services and benefits while protecting individuals from excessive costs.

The United States is an exception. Even the Affordable Care Act only created what’s called “near universal coverage” leaving millions of American uninsured.

From a policy perspective, achieving universal coverage is a worthwhile goal. There is ample evidence that insurance coverage generally improves the health and financial security of individuals.

There is no single pathway to universal coverage. Countries that have achieved it have done so in different ways. Democratic presidential candidates all agree that providing coverage to everyone is the ultimate goal. However, they differ widely on how—and how fast—to get there.

One way to get to universal coverage is to create a “single-payer system.” This means that one entity, most likely the government, is solely and exclusively responsible for paying for medical goods and services. In short, paying for health care is socialized.

In reality, government is often the dominant but not sole payer and allows for supplemental insurance or for individuals to pay for alternate or additional services. A single-payer system could be confined to providing catastrophic coverage only while allowing for private coverage for additional benefits.

Single-payer systems should not be confused with so-called all-payer systems, like those in Germany. In all-payer systems, a number of private entities band together to establish common prices for health care services and benefits. Single-payer should also not be equated with socialized medicine, a medical system wholly owned and operated by government, such as in the United Kingdom and public hospitals, or the Veterans Health Administration in the United States.

The Progressives’ Favorite: ‘Medicare for All’

The most discussed Democratic health reform proposal, Medicare for All, prominently references Medicare, the insurance program that covers most of America’s seniors. Many people do not recognize, however, that traditional Medicare comes with limited benefits and often requires large out-of-pocket payments.

In essence then, Medicare for All proposals just borrow the Medicare name while implementing a single-payer system in the United States with a generous benefits package.

As proposed by its two most ardent advocates, Sens. Bernie Sanders (I-Vt.), and Elizabeth Warren (D-Mass.), Medicare for All would eliminate all private insurance. It would be financed by taxes and come with very limited, if any, out-of-pocket costs.

One particular political stumbling block for implementing Medicare for All is that it makes the overall cost of health coverage an obvious focal point. That’s because it unifies all of the country’s exorbitant health expenditures, projected to be roughly US$60 trillion from 2022 to 2031, in one single budget. This creates the perception of being overly costly, while mostly just illustrating current costs.

Moreover, it would create a significant disruption in how Americans experience health insurance, with hundreds of millions of Americans having to give up their current insurance. Many of them would certainly be upset as the vast majority of them rate their insurance as excellent or good.

The four other candidates have cited these concerns extensively, saying that the systemic disruptions and lack of widespread political support would stymie a quick transition to Medicare for All.

The Moderates’ Response: The Public Option

Not all Democrats argue for such a complete do-over of the American health care system.

Most Democratic presidential candidates are supporting a further expansion of the Affordable Care Act. Led by Joe Biden, these proposals contain a so-called public option combined with a number of regulatory reforms. These proposals would largely retain the existing structure of the health care system and preserve a role for private insurance.

The term “public option” first gained traction during the debate over the Affordable Care Act in 2010. Then, progressive Democrats sought to include a government-run insurer in the ACA marketplaces. Yet the latest public option concept is significantly more transformative than its ACA cousin. It would be open to every American, whether they purchase their own insurance or receive it from their employer. This public insurer would also use its market power to negotiate better prices.

However, Warren has expressed support for a public option during a transitional period to Medicare for All. Over time, the public option might function as a bridge toward a single-payer system.

While Democratic candidates largely break into two camps when it comes to health care reform, there is general consensus about the importance of providing affordable access to health care coverage. All candidates have come out strongly in support of protecting the Affordable Care Act until needed adjustments can be made.

While details remain sparse, any Republican reform would likely eliminate many of the coverage expansions of the ACA. Millions of Americans gained coverage because they were allowed to stay on their parents’ health insurance until age 26. Millions more gained insurance because of the expansion of Medicaid or in the ACA marketplaces, often with the help of premium subsidies.

Republicans would likely also transform the Medicaid program, which provides coverage to close to 70 million Americans. They would do this by limiting the financial contribution of the federal government to Medicaid.

Finally, they would likely also undo many if not all of the insurance market reforms of the ACA. They include, for example, guaranteed coverage of pre-existing conditions and the prohibition for insurance carriers to impose annual and lifetime limits on benefits.

With all the talk on both sides of reform, political realities make it likely that neither Republicans nor Democrats will have their way any time soon.

However, with lawsuits continuing to threaten the ACA, Americans could quickly find the current system, which most have come to support, dismantled. And, of course this would entail a return to the system before the ACA—a system few would recognize and which could meet far fewer people’s health care coverage needs.

Simon F. Haeder is an assistant professor of Public Policy at the Pennsylvania State University.