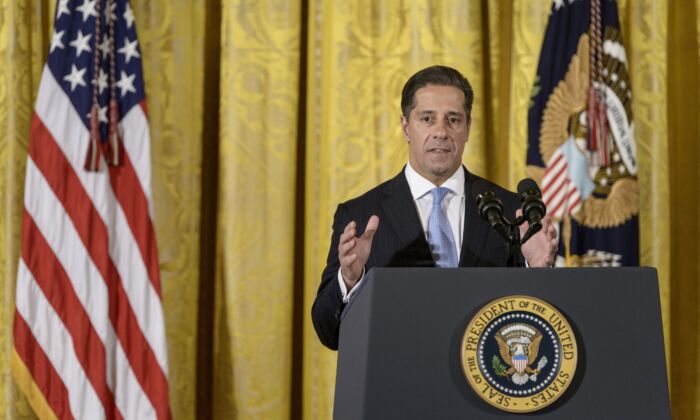 The LAUSD Board of Education unanimously voted in Carvalho’s favor in a closed-door meeting on Thursday.

Carvalho will replace Megan K. Reilly, who has been serving as interim superintendent since June, when former Superintendent Austin Beutner stepped down. Reilly was believed to have been among those considered for the full-time superintendent position.

“Alberto Carvalho will bring deep experience as an educator and leader of a large urban district to the role of superintendent of L.A. Unified,” Board President Kelly Gonez said in a press release. “His leadership will help our district navigate the short-term challenges of the ongoing COVID-19 pandemic and will help us reach the long-term goals for recovery laid out by the board in June.”

In joining the LAUSD, the 57-year-old Carvalho will move from the fourth-largest school district of about 350,000 students to the second-largest district—with more than 500,000 students—in the country.

In 2018, Carvalho agreed to become superintendent of New York City’s school district—the nation’s largest school district—but backed out the next day on live television, saying he decided to stay in Miami until his contract was up in 2020.

On Dec. 9, Carvalho held a press conference in Miami and said he plans to do extensive outreach once he arrives in Los Angeles before determining his first steps as superintendent.

“Do not expect me to go to Los Angeles and impose pronouncements without first understanding clearly by having boots on the ground and traveling the community and walking the classrooms and speaking with teachers and parents and every single board member and the stakeholders of the community,” Carvalho said. “Do not expect me to … take actions without that first-hand experience. So yes, I will go armed with my philosophy, with my skill set, but being fully cognizant of the fact that I don’t know what I don’t know.”

The terms of Carvalho’s employment will be discussed during the next LAUSD board meeting.

Carvalho’s biography referred to him as a “staunch believer in school choice” who “has expanded choice options in Miami-Dade to over 1000 offerings that include bilingual programs, fine and performing arts, biotechnology, engineering, robotics, aviation, forensic sciences, and many others.”

Carvalho was named the 2014 National Superintendent of the Year by the American Association of School Administrators. Under his leadership, the school district also won the Broad Prize for Urban Education in 2012.