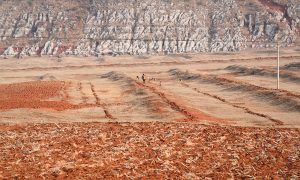 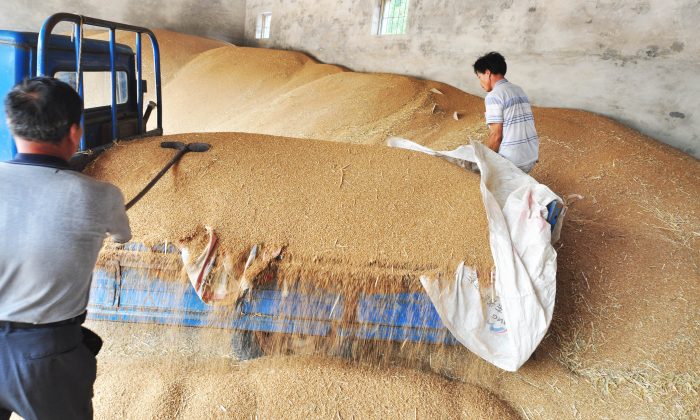 The Chinese regime claims China has the world’s largest grain reserves, but dishonest government warehouse operators leave a big question mark over the state of the country’s food security.

To achieve food security to feed 1.4 billion people, state-run food companies fill warehouses with grain purchased from local farmers at a low price, which the government subsidizes. On paper, the policy protects farmers financially and encourages them to produce grain.

In recent years, China has also started importing large quantities of grain as rampant pollution has shrunk the amount of arable land.

The food policy seems to have worked—in March, Han Jun, the deputy head of the Communist Party’s financial and economics affairs group, claims that China “built up the world’s largest stock” of grain—cotton reserves stand at 60 percent (11.3 million tons) of the world’s total last year, and corn at about 40 percent of the global stock, or eight months of local consumption.

But a recent investigative report from state-run broadcaster CCTV has cast doubt on the quality of grain in government warehouses.

China Grain Reserves Corporation (Sinograin) branches in Liaoning and Jilin in Northeast China were found to have bought old, low-quality grains at a minimum price while recording officially that they were buying new grain. These granaries reportedly made a profit of about 700 yuan ($113) per tonne.

In the CCTV report, a merchant who received rice grain from government stocks found them colored, sprouting, and smelling of mildew. When she checked with Sinograin officials, they insisted that the inspection team cleared them as new grains. Liu Yue, the director of Sinograin Liaoning’s planning department, refused to give CCTV a sample of its grains.

Sinograin’s Beijing headquarters said on its website that it would investigate the allegations.

This is not the first time a Sinograin subsidiary has been found of malpractice. In 2011, officials from the Henan branch fudged figures of wheat sales to make over 700 million yuan ($113 million) in profits from government subsidizes, according to Reuters. The granary head was given a life prison term, and more than 110 officers were incriminated.

If the CCTV report is verified, it could have dire consequences on the world stage. According to the Financial Times, China will have to sharply increase imports if the reserve grain is found to be of poor quality, driving up international prices. Conversely, if the grain quality is good, the Chinese regime could try to cut its bloated supply by bulk selling, bringing down prices.