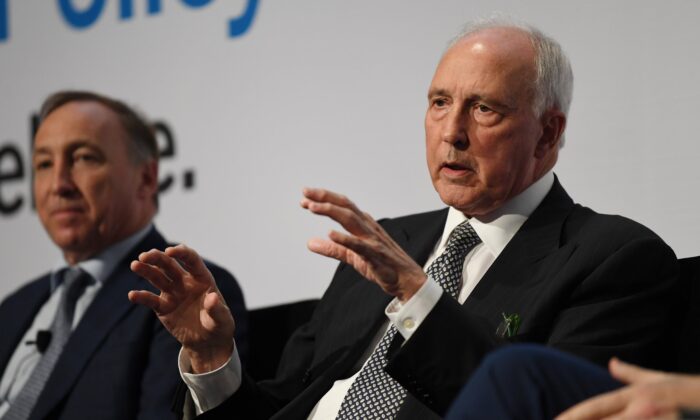 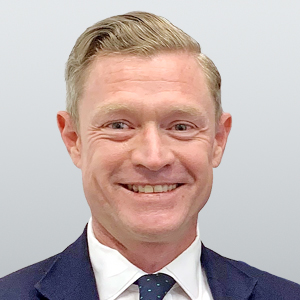 Hidden behind the usual political headline news about climate policy and vaccine rollouts, the next Australian federal election will decide whether the nation submits to a future of Chinese dominance or chooses to stand on principle and continue to fight for freedom.

In the week where we saw former Australian Labor Prime Minister Paul Keating address the National Press Club imploring Australian submission to inevitable Chinese hegemony, trade figures show that the value of Australian exports to China actually grew by 24 percent since last year, according to a research firm Oxford Economics.

Further, the Australian products that were completely locked out of China after Prime Minister Scott Morrison called for an independent inquiry into the origins of COVID-19 have found markets elsewhere.

China’s trade war on Australia was supposed to bring us to our knees and be an example to other nations not to challenge China. But that has not happened.

Not willing to submit to the Chinese Communist Party’s (CCP) political and economic coercion, Morrison stood up for Australia’s values and principles at considerable political risk.

Not many politicians, especially during a pandemic, would have done that.

It is here that Morrison’s courage so incensed Keating, causing him to lash out at Australian values and the Morrison government once again.

He blasted Morrison over his April 2020 call for an inquiry into the origins of COVID-19, first identified in Wuhan, China.

COVID-19 has killed millions of people worldwide, severely disrupting economies and families; one would think asking the question on everyone’s lips is fair.

Where did it come from, why and how was it released, and how can we prevent mass death from occurring again in the future?

But free speech is banned in China. Morrison’s questions so infuriated the CCP that they imposed massive tariffs on Australian imports such as barley, beef, and wine and severed all ministerial contact.

Instead of backing Australia’s position, Keating took Beijing’s side, stating that Australia should show the CCP respect for the way it has “brought millions of people out of poverty” with rapid economic growth over the past few decades.

But if you actually want to look for an Asian success story living in peace with its neighbours, why did Keating (or Albanese or Wong) not cite Taiwan, Japan, or South Korea?

These democratic countries have far higher living standards for their people and at the same time provide freedom of expression, speech, and the right to vote out their governments if they so choose. These countries also do not threaten other countries or enslave their own peoples.

Of more concern is that Keating’s influence over the Australian Labor Party (ALP) is significant. In fact, neither the ALP nor the leader of the opposition, Anthony Albanese, walked back from Keating’s comments.

“I support the Biden administration’s position effectively, on competition without catastrophe. That means strong diplomacy as well as engagement,” Albanese said recently.

Engagement is another term for appeasement, returning to the good old days of kowtowing to the CCP, accepting their list of 14 Demands, and walking back (or going slow) from AUKUS.

Referring to AUKUS, senior Labor MP Tanya Plibersek said that now Canberra had secured the deal, it was time to work through the details, including Australia’s “sovereign capability.”

“But we also have interests and relationships much closer to home. We need to be working cooperatively with the ASEAN Nations,” Plibersek told Sky News Australia.

There always seems to be a “but” with Labor.

None of these statements sound overly convincing that Labor is actually committed to AUKUS.

Instead, it seems that just prior to a federal election Labor does not wish to provide the Coalition government with any ammunition to attack them on their anti-U.S. ideology and likely position to gut AUKUS and get rid of the nuclear-powered submarines.

They know by doing so Beijing will see this as an olive branch, sufficient supplication and enable them to continue their military and economic expansion across the region and become the inevitable hegemon, as Keating notes they will.

But why should this worry everyday Australians?

The entire region will be under their control, including Australia, unless they are confronted—as this government is doing.

Australians are proud of their history and have no desire to lose our freedoms, democracy, and living standards.

Australians do not support an alliance with a regime that places no value on human life or suffering or the collective over the individual rights of each citizen.

Labor’s stated engagement policy is a big step backwards for freedom and the security of Australia and democracies across the world.

The next Australian federal election will determine whether we get an Albanese, Keating, Dan Andrews-style government or whether we stand firm.

Lincoln Parker
Follow
Lincoln Parker has over 20 years experience in government, defence research and technology development. Based in Sydney, he chairs the Defence and National Security Policy Branch of the Liberal Party of Australia. Parker has worked for the Australian government, and at its consulates in San Francisco and New York. He later established the Victorian government's office in Washington D.C. with a focus on defence tech collaboration. He contributes regularly to domestic and international publications, and has appeared on Sky News Australia