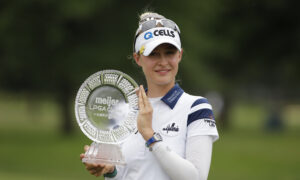 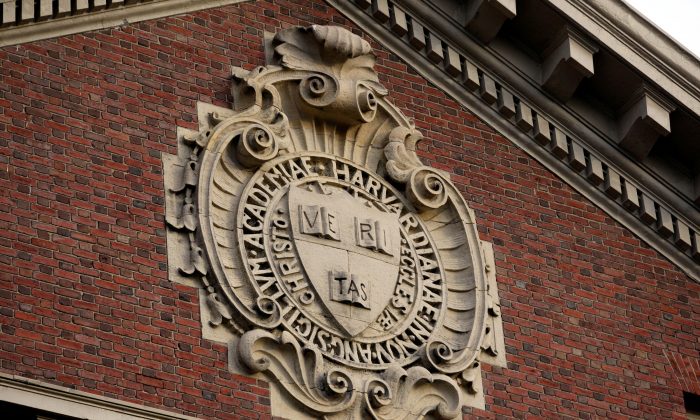 A seal hangs over a building at Harvard University in Cambridge, Massachusetts, on Nov. 16, 2012. (Jessica Rinaldi//File Photo/Reuter)
US News

BOSTON—Harvard University and a group accusing it of discriminating against Asian-American applicants began their closing arguments on Nov. 2, in a trial that could have wider implications for the role of race in U.S. college admissions.

The case in federal court in Boston has pitted the Ivy League school against Students for Fair Admissions, or SFFA, which was founded by an anti-affirmative action activist and whose case is backed by President Donald Trump’s administration.

The non-jury trial before District Judge Allison Burroughs has provided a rare look into how the private university chooses about 1,600 students each year from about 40,000 applicants.

John Hughes, a lawyer for SFFA, argued to the judge that admissions data from Harvard showed a strong pattern of bias against Asian Americans, particularly in terms of so-called “personal ratings,” which is a measure of abstract qualities such as leadership skills and friendliness.

“That Asian Americans get worse personal ratings year after year is pretty strong evidence that racial bias has crept into the system,” Hughes said.

Lawyers for Harvard were due to make their closing argument later in the morning.

Legal experts have said the case has the potential to reach the Supreme Court, giving the newly cemented five-member conservative majority a chance to bar the use of affirmative action to help minority applicants get into college.

In previous rulings on affirmative action, which aims to offset historic patterns of racial discrimination, the Supreme Court allowed colleges to include race as one factor among others in assessing applicants.

But SFFA alleges Harvard went further than the court has allowed by engaging in “racial balancing,” and keeping Asian-American admissions at or under 20 percent annually in the years before SFFA sued in 2014.

Harvard, which is based in Cambridge in Massachusetts, denies the allegations and says its approach to promoting student body diversity is in keeping with Supreme Court precedent.

SFFA is headed by Edward Blum, an activist involved in other cases that have challenged the use of race in college admissions.

The Justice Department launched a related investigation of Harvard after Trump became president last year. It has backed SFFA’s case, saying Harvard has not seriously considered race-neutral approaches to admissions.