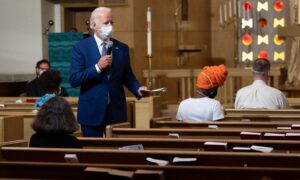 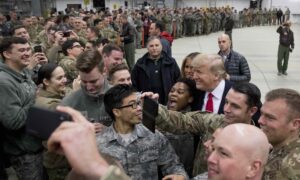 700 US Veterans Issue Open Letter in Support of Trump
0 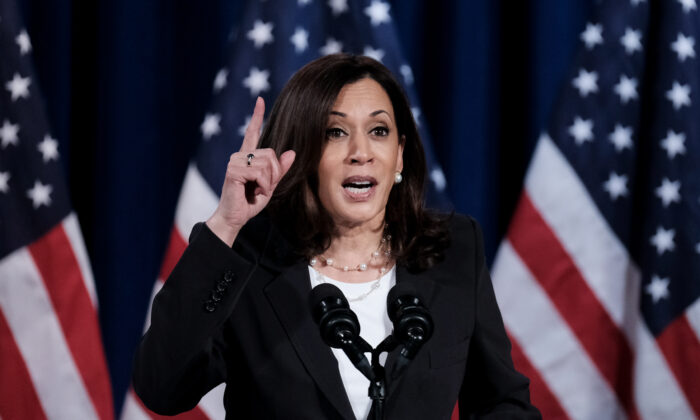 Asked in an interview with CNN on Sept. 6 if the Russian interference could cost Biden the White House, Harris said “theoretically, of course, yes.”

“I am clear that Russia interfered in the election of president of the United States in 2016. I serve on the Senate Intelligence Committee. We have published detailed reports about exactly what we believe happened. And I do believe that there will be foreign interference in the 2020 election, and that Russia will be at the front of the line.”

The National Counterintelligence and Security Center (NCSC) assessed in July that China, Russia, and Iran are actively attempting to influence the outcome of the 2020 election. NCSC Director William Evanina said last month that China prefers for President Donald Trump to lose the 2020 election, while Russia is working to boost Trump’s chances.

Despite the foreign influence, the U.S. electoral system is uniquely resilient to foreign interference, due in part to the diverse systems employed by each state. According to the NSCS, state-level checks and post-election auditing make it virtually impossible for a foreign adversary to broadly disrupt the electoral process or change vote tallies without detection.

While suggesting that Russia threatens the integrity of the election, Harris alleged that Trump is doing the same by “trying to convince the American people not to believe in the integrity of our election system and compromise their belief that their vote might actually count.” She also suggested that “classic voter suppression” is at play and alleged that states have passed laws “designed to suppress the black vote, to suppress students from voting, to suppress our indigenous people from voting.

The Senate Select Committee on Intelligence, on which Harris sits, recently reaffirmed the assessment that Russia interfered in the 2016 election in order to help Trump win.

Harris made her remarks days after Biden challenged Attorney General William Barr’s assessment that China, rather than Russia, is the main election security threat in 2020.

“There are a lot of countries around the world I think would be happy to see our elections destabilized, but the one that’s working the hardest, most consistently and never has let up is Russia,” Biden told reporters in Wilmington, Delaware, on Sept. 4.

The Trump campaign didn’t immediately respond to a request by The Epoch Times for comment. Ken Farnaso, the Trump campaign’s deputy national press secretary, previously responded to Biden remarks by pointing out that Trump has taken actions to hold both China and Russia accountable.

“Joe Biden should be the one facing questions of foreign interference, as his campaign employs multiple former DNC staffers who attempted to use the fake Steele dossier to rig the 2016 election,” Farnaso told The Epoch Times in an email.

The presidential campaign of Hillary Clinton and the Democratic National Committee funded the Steele dossier, which the FBI used to secure a warrant to spy on a former Trump campaign advisor. The author of the dossier relied mainly on a Russian source living in Washington.

Subsequent reviews of the warrant applications unearthed an inordinate number of errors and omissions, one of which has already resulted in a guilty plea in a federal court.