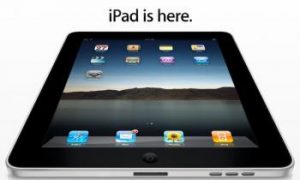 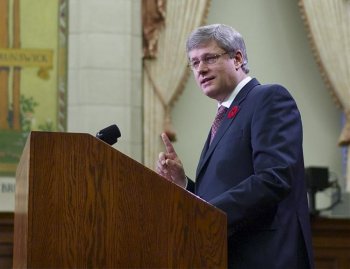 Prime Minister Stephen Harper speaks to delegates at the Inter-parliamentary Coalition for Combating Antisemitism conference that took place at Parliament from Nov. 7 to 9. (Matthew Little/The Epoch Times)
US

By Matthew Little
biggersmaller
Print
They came from around the world to discuss a growing tide of hate that some fear could bring a repeat of one of greatest tragedies in history.

Members of Parliament and Congressmen from several countries gathered in Ottawa this week to talk about international antisemitism they say is fiercer now than at any time since the Second World War.

Prime Minister Stephen Harper spoke to conference delegates on Monday about his concern over the rise in antisemitism and re-affirmed Canada’s commitment to Israel. He alluded to Canada’s recent failure to gain a seat at the United Nations Security Council as a necessary cost of that support.

Liberal Leader Michael Ignatieff also stood as a staunch supporter of Israel in his own speech to delegates later that day, but took aim at Harper’s characterization of the security seat loss.

Harper told the delegates of Inter-parliamentary Coalition for Combating Antisemitism (ICCA) that there was a choice between good and evil and a price to be paid, but it could not be avoided.

“At the killing grounds of Babin Yar I knew I was standing in a place where evil at its most cruel, obscene, and grotesque had been unleashed,” he said of a historic site in Kiev, Ukraine, that he visited two weeks ago where tens of thousands of Jews were killed by the Nazis.

“While evil of this magnitude may be unfathomable, it is nonetheless a fact. It is a fact of history.”

Harper said there is a global moral ambivalence to antisemitism today, and cited the massacre in Mumbai in 2008 which targeted Jews as a sign of the danger.

“Jews today in many parts of the world and in many different settings are increasingly subjected to vandalism, threats, slurs, and just plain old-fashioned lies.”

He alluded to problems at the United Nations where Israel is condemned more heavily than any other nation despite being the most free country in the Middle East, according to the 2010 Freedom House report.

While Israel may have the strongest guarantees of rights and freedoms for its citizens, its occupation of parts of Palestine and the ongoing conflict there has made it a target at the United Nations where the UN Human Rights Council has condemned it nine times—the only country ever condemned despite severe and systemic abuses in many other countries.

“Now of course Israel, like any country, may be subjected to fair criticism and like any free country Israel subjects itself to such criticism, healthy, necessary, democratic debate. But when Israel, the only country in the world whose very existence is under attack, is consistently and conspicuously singled out for condemnation, I believe we are morally obligated to take a stand,” said Harper.

He said it would be easy to simply go along with the anti-Israel rhetoric, “to pretend it is just about being even-handed and to excuse oneself with the label of honest broker.”

“There are after all a lot more votes, a lot more, in being anti-Israeli, than in taking a stand. But as long as I am prime minister, whether it is at the United Nations, the Francophonie, or anywhere else, Canada will take that stand whatever the cost,” said Harper in what many interpreted as a reference to the loss of the Security Council seat.

In his speech later that day, Ignatieff repeated the prime minister’s support for Israel and concerns about the rise of antisemitism.

Ignatieff said there is legitimate criticism of Israel, but some criticism challenges the legitimacy of Israel as a state.

“I refer of course to, in my own country, to Israel Apartheid Week. Israel is Israel. Apartheid in South Africa was a crime against humanity. To conflate the two is to delegitimize a democratic state and Canadians must stand against it.”

The event is held at several campuses across Canada in early March, and organizers hold that Israel’s occupation of parts of Palestine is a form of apartheid that demands sanctions and condemnation of Israel.

But Ignatieff took exception to Harper’s references to the Security Council loss, mentioning it in his speech and to reporters afterwards.

“This is a government that is scrambling to explain why Stephen Harper is the first prime minister in Canadian history to lose a seat on the Security Council,” he told reporters.

“They’re trying to claim it’s a moral victory. It’s a defeat, it’s simple, it’s a defeat, especially if you want to support the state of Israel.”
Ignatieff did not comment on whether Canada’s support for Israel could have been a factor in the loss and left with reporters still shouting questions. The prime minister did not make himself available to reporters.