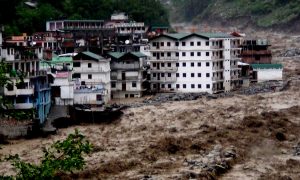 Harnessing Diversity to Affect the Bottom-Line

The conference took place at the Gaylord National Resort and Convention Center in Fort Washington, Maryland on Oct. 5

Carter expressed pride in Johnson and Johnson’s membership in the Billion Dollar Roundtable, an elite group of companies that spend a billion dollars annually on women and minority owned suppliers.

“Our HOLA [Hispanic Organization for Leadership and Achievement] and AALC [African American Leadership Council] groups in our medical devices and diagnostics business found an emerging market in the United States of African American and Hispanic elderly who don’t get drug replacement surgery. That market is bigger than Brazil and Russia combined. When you get to that level you are making a business impact,” Carter said.

Employee Resource Groups are groups within organizations where people who share a culture or background can meet to celebrate their culture and address issues of concern. ERGs are also often chartered organizations with volunteer leaders and business plans that bring value to companies and align with organizational goals.

ERGs exist for women, ethnic, age and even religious groups.

All ERG’s however are not created equal, according to Ralph de Chabert, senior vice president, chief diversity officer at Brown-Forman. Mr. de Chabert classified ERGs as belonging to three maturity levels. At the first level, ERGs host informal gatherings. At the second level, groups celebrate their culture and begin to recognize and exercise their power within organizations. At the third highest level, ERGs strongly impact business.

“ERGs are relatively new at BAE systems, so I would say that we are at our adolescent phase of ERG development. We’ve launched four ERGs this year,” said Andrea Lewis, chief diversity and inclusion officer at BAE Systems.

BAE systems’ ERGs have taken on new role as diversity educators within their organization and they are currently educating senior leaders in the company on the value of ERGs, Lewis said.

The business value that executives often look for from ERGs can in part come from the insights into communities and market segments.

“Some of the things that the [Pan Asian Employee Resource Group] has been involved in is bringing in speakers to educate our senior leaders about how to do business with India and how to do business In the Asian culture,” said Nereida Perez, global vice president and chief diversity officer with Ingersoll Rand.

A $14 billion company, Ingersoll Rand, has manufacturing operations in Ahmedabad, Sahibabad and Chennai, India. The Indian market will be instrumental in growing its business in the region according to the company website. The company history in India that dates back to 1921 when the Ingersoll Rand India Private Limited was founded. The company currently manufactures energy efficient rotary compressors for the local Indian market.

In an intimate conference room seemingly a world away from India, Anthony Carter answered questions in a break-out session at the Upward Synergy conference.

“We are not the same, we are different,” said Carter.

He cautioned against moving towards sameness or creating a corporate culture where differences are unacknowledged. Yet Carter recognized that with what he called ‘a mosaic’ of people within companies, there is a unity that comes from sharing a business goal and objective.

“We are not the same, we are different,” said Carter to a quarter of the nearly 300 attendees. He cautioned against moving towards sameness or creating a corporate culture where differences are unacknowledged. Yet Carter recognized that with what he called ‘a mosaic’ of people within companies, there is a unity that comes from sharing a business goal and objective.