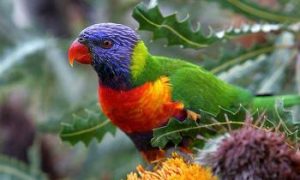 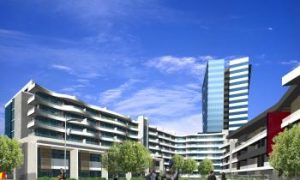 Sienna Apartments at Travancore on the Park
0 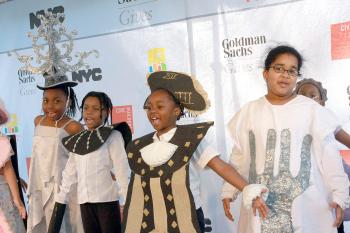 BE MY GUEST: Students from the Promise Academy charter school founded by Harlem Children's Zone perform 'Be My Guest' from 'Beauty and the Beast.' (Tara MacIsaac/The Epoch Times)
US

HCZ works to break the cycle of poverty in the entire 97-block radius of Harlem. The organization fosters Harlem locals from Baby College through their formative years at the Promise Academy charter school and provides a support system for former HCZ students attending college. The scope of the project reaches beyond education, offering health services, financial counseling, and a variety of community programs.

HCZ has now become the prototype for a national initiative, Promise Neighborhoods. President Barack Obama is following HCZ's model of comprehensive community care in 21 neighborhoods across the nation. He began rolling out planning grants of $500,000 in September 2010 and has included $200 million for the initiative in the 2011 fiscal-year budget.

The $91-million development in Harlem broke ground on Wednesday. It will expand the Promise Academy charter-school facilities and add a new dimension to HCZ's mission. The new facilities will be constructed on the New York City Housing Authority (NYCHA) property, thereby creating a cross-pollination of city agencies’ efforts—with the DOE and NYCHA working together in another trailblazing move to be followed nationwide.

Children from the NYCHA housing development—about 1,300 students from St. Nicholas Houses at 125th Street and Frederick Douglass Boulevard—will have first dibs on spots in the new Promise Academy charter-school facilities, which will include 52 classrooms, two libraries, two art rooms, three science rooms, six special education rooms, computer lab, gymnasium, cafeteria, health center, and dance, drama, and fitness rooms. All of the facilities will be open free of charge to St. Nicholas residents on evenings and weekends.

“Let's see, that's going to involve the Department of Education, School Construction Authority, the Department of Buildings, NYCHA, the federal government—I said, 'John, I'm 59, I don't have 20 years to get this project done!'” recounted Canada. Rhea and Mayor Michael Bloomberg busted through the red tape, however, and the plan came to fruition.

“We are following your lead in the federal government by saying: 'Let's break down the barriers between agencies, let's bring everyone together and recognize the real vision we have. It's not just about education, it's about building true communities,'” said Housing and Urban Development (HUD) Secretary Shaun Donovan to Bloomberg.

According to the HUD website, the Choice Neighborhoods initiative “will transform distressed neighborhoods and public and assisted projects into viable and sustainable mixed-income neighborhoods by linking housing improvements with appropriate services, schools, public assets, transportation, and access to jobs.”

The new HCZ development is a great example of this principle at work, said Donovan, and the Harlem organization is again leading the way.

Despite well-placed enthusiasm, HCZ has also received flack for what some say is a high cost for little return.

Councilman Albert Vann noted that it is easy to see results when you look at test scores—and Promise Academy does show positive returns here—but not so easy to show that community programs are having a positive effect on a child's well-being in charts and tables.

The Brookings Institute, a nonprofit Washington-based public policy organization, released a report in 2010 that criticized the organization for spending on a comprehensive community plan, rather than dedicating the funds solely to education.

“There is considerable evidence that schools can have dramatic effects on the academic skills of disadvantaged children without their providing broader social services. Improving neighborhoods and communities is a desirable goal in its own right, but let’s not confuse it with education reform,” concluded the report.