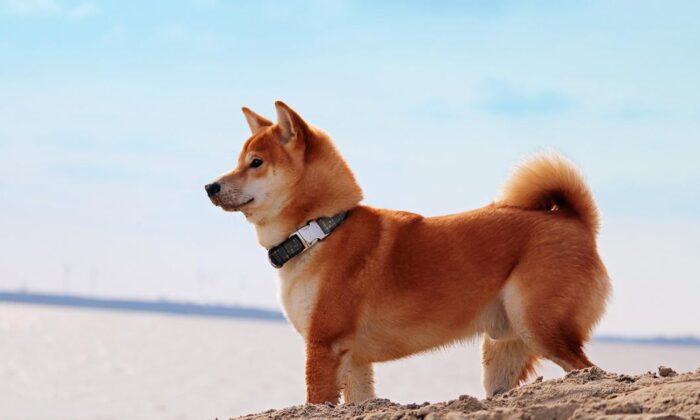 Happy Birthday, Dogecoin: How This 8-year Old Joke Grew up to Become a $22 Billion Asset

Dogecoin, the world’s first dog-themed cryptocurrency and perhaps also the first major meme coin, was introduced to the world on Dec. 6, 2013. It was created by software engineers Billy Markus and Jackson Palmer as a joke and a statement against the speculative nature of cryptocurrencies.

Wat Doge? The Dogecoin persona is derived from an iconic Shiba Inu dog named Kabosu, who turned 16 years old this year. Kabosu, an animal shelter dog, would have been put down, had it not been adopted by a kindergarten teacher.

The original meme associated with DOGE is now worth millions after being transformed into a non-fungible token. The picture was taken as a part of a random photoshoot when Kabosu was 8 years old. Kabosu was named after a Japanese citrus fruit.

On Sunday, Markus asked his nearly 851,000 strong following on Twitter what they will do to mark DOGE’s birthday.

In July this year, Palmer said he would not be returning to cryptocurrency and called it an “inherently right-wing, hyper-capitalistic technology built primarily to amplify the wealth of its proponents through a combination of tax avoidance, diminished regulatory oversight and artificially enforced scarcity.”

Why Doge Important? Dogecoin has a millions-strong community. The meme coin’s Reddit page alone has a following of over 2.2 million.

In terms of market capitalization, DOGE is now the eleventh-largest coin. It enjoys a market cap of $25.68 billion.

DOGE touched an all-time high of $0.74 in May this year. The coin has lost 76.73 percent of its value since touching those highs as of press time.

“Dogecoin being a lighthearted, friendly, and amusing meme is the main thing that separates it from the pack,” Markus told Benzinga this year.

Indeed, the meme coin has led to the proliferation of several similar coins such as Shiba Inu, Baby DogeCoin, Floki Inu, and Saitama.

Since then, Musk has often tweeted on DOGE and sometimes his tweets have pushed prices higher. However, the Muskian tweets have worried some in the DOGE community.

DOGE’s internet popularity has also made it the focus of other celebrities like Dallas Mavericks owner Mark Cuban, rap star Snoop Dogg, Kiss co-lead singer Gene Simmons among others.

Such is the appeal of DOGE that several companies have used it to market their wares. The maker of Slim Jim snacks Conagra Brands has used DOGE in its marketing blitz. This year, Unilever PLC launched a limited release of DogeCan, an Axe-branded deodorant. Slim Jim’s Twitter following exponentially thanks to DOGE-related memes.

Dallas Maverick’s now make “thousands and thousands of dollars” in DOGE, as per Cuban. As per the entrepreneur, people prefer DOGE over Bitcoin when buying Maverick’s tickets and merchandise.

Others that have embraced DOGE for payments include AMC Entertainment Holdings Inc, which takes DOGE through digital gift cards currently. The rollout of DOGE payments, bypassing the gift certificate route, is next on AMC’s schedule.

What’s Next For DOGE

DOGE is going to the moon, quite literally. Doge-funded DOGE-1 satellite, set to be launched next year by Musk’s SpaceX. The mission also has space art and space advertisement angles.

Robinhood Markets Inc already has a 1.6 million waiting list for its cryptocurrency wallets which support DOGE, as per the company’s Cryptocurrency Chief Operating Officer Christine Brown. The platform is already Alpha testing the wallets that can be used to purchase, sell and send DOGE.

Last month, DOGE transaction fee was slashed by almost 10 times, which might lead to increased utility in the coming year for the meme coin.

The growing adoption, acceptance, and mainstreaming of DOGE could continue in 2022 and what started as a joke can no longer be dismissed as a strong cryptocurrency contender. DOGE has been a survivor for these last eight years. As Markus said earlier in the year, “thousands of failed coins in this space that tried to be serious” failed.