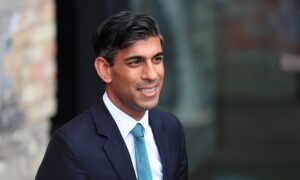 David Smith, the father of Hannah Smith, the 14-year-old girl who committed suicide after being bullied on online chat website ask.fm, has banned the color black from her funeral on Friday, saying he wants it to be a celebration as opposed to a mourning.

Smith was found in her bedroom earlier this month, dead after hanging herself. She had been bullied on ask.fm by anonymous people. An independent review of the site by an outside law firm in regards to bullying is being prepared.

David Smith told the Daily Mirror that he’s asked all of Hannah’s friends to wear their onesies “because Hannah virtually lived in hers.”

“I know she would be up there smiling if all her friends turned up at the church wearing their onesies,” he said. “She would want us to be happy. No one is allowed to wear black. I want it to be a celebration of Hannah’s life.”

Smith is also planning on carrying his daughter’s casket, a custom-made lightweight kind, into the church by himself. The church is the family’s local church in Lutterworth in Leicestershire, England.

Smith told Sky News that the website Ask.fm hasn’t responded to an email he sent and they’ve never contacted him.

“It shows just how much they care,” he said. “They don’t. They’re making money  – lots and lots of money out of people’s misery, and that is not right.”

“I think the only reason why I got a letter from David Cameron is because of the publicity and the way that I’ve been shouting,” he said.