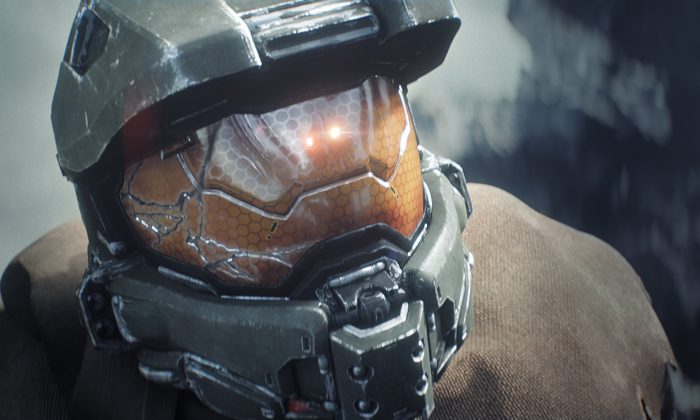 This photo provided by Microsoft shows a scene from the "Halo" video game for the Xbox One. Master Chief is returning to the battlefield next year. Microsoft announced plans Friday, May 16, 2014, to release the video game sequel "Halo 5: Guardians" for the Xbox One and a "Halo" television series to be produced by Steven Spielberg in fall 2015. (AP Photo/Microsoft)
Gaming

“Halo 5: Guardians” will be released in the fall of 2015 for the Xbox One, and an official with developer 343 Industries said the next-generation platform grants them more opportunities.

Bonnie Ross of 343 Industries recently talked about bringing the “Halo” franchise to the Xbox One–along with a new engine.

“When we left him in Halo 4, he’s in a really challenging position,” Ross said, referring to Master Chief. “He’s questioning many things he once firmly believed were true. He’s lost his best friend, he’s questioning his past and his purpose, he’s question who he is fighting for,” according to The Guardian.

“For us this is a really interesting point. For the first time he’s questioning everything he’s done for the UNSC in the past. Just as with past titles, we’re being really open about the fact that we want to tell this story over more than one game – this is about Master Chief’s journey: it’s about his past and his future.”

“If you look at Halo 1, 2 and 3 and know the origin story and know the fiction well, Master Chief is our hero, he is you, and he is saving humanity… but its been at a huge cost to his life and there are things going on – you saw them in 4 – that make him question who is calling the shots. Is he doing the right thing? That’s very interesting for us to explore,” Ross said.

In a release, 343 Industries said it will approach the latest game as a “journey” and not a “destination.”

“And 2015 won’t simply be the year of ‘Halo 5: Guardians,’ it will also be a year that offers us a unique opportunity. The opportunity to invite old friends and new audiences into that universe through the ‘Halo’ television series, launched as a unique collaboration with Steven Spielberg and some of the finest creative minds in the business. A series that will stand alone, as well as complement and enrich the game experience. We’ll have more to share on the “Halo” television series as we near its projected fall 2015 release,” a release says.