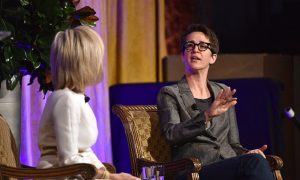 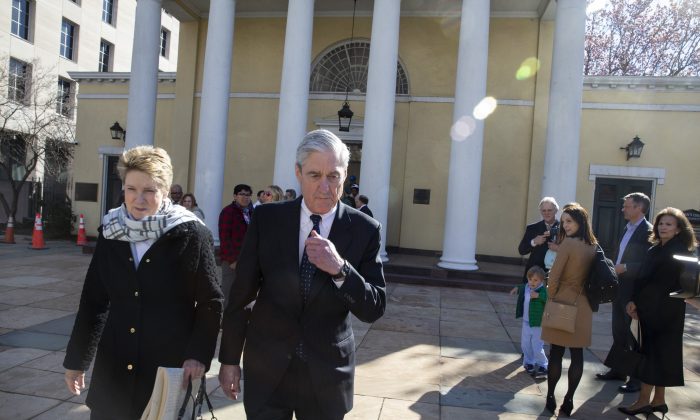 Half of Americans Say Mueller Report Could Change Their Minds on Trump, Poll Shows

Around half of all Americans say there is at least a small chance that special counsel Robert Mueller’s final report into Russia’s meddling in the 2016 presidential election will change how they feel about President Donald Trump, according to the latest Fox News poll.

Data from the poll conducted from March 17 to 20, before Mueller delivered the report to Attorney General William Barr, found that 41 percent of voters said there is “no chance at all” that Mueller’s report will change how they feel about the sitting president.

Because of the split of opinion on the investigation itself, it remains unclear just how much the report—if it is released to the public—will affect public opinion.

Trump said he would be fine with the upcoming Mueller report being publicly released.

“Let it come out, let people see it,” Trump told reporters on his way to leave the White House for Ohio on March 20. “That’s up to the Attorney General … and we’ll see what happens.”

Top-ranking Democrats have also come out to call for the public release of the report. House Speaker Nancy Pelosi (D-Calif.) and Senate Minority Leader Chuck Schumer (D-N.Y.) in a March 22 joint statement said it was “imperative” that the full report is made public.

“Now that Special Counsel Mueller has submitted his report to the attorney general, it is imperative for Mr. Barr to make the full report public and provide its underlying documentation and findings to Congress,” the statement said.

The Fox News poll also found that 80 percent of voters believe the public should be able to see Mueller’s report.

The Fox News poll is based on landline and cellphone interviews with 1,002 randomly chosen registered voters nationwide; the survey has a margin of sampling error of plus or minus three percentage points.

A different poll in January found that a majority of Americans believe Trump’s critics are trying to use Mueller’s investigation to delegitimize Trump’s 2016 election victory. The IBD/TIPP poll, a collaboration between Investor’s Business Daily and TechnoMetrica, found 51 percent of Americans agree that the “president’s opponents are using the ongoing special counsel investigation into alleged Trump-Russia collusion as a way to delegitimize the 2016 election [result].”

On March 15, the U.S. House overwhelmingly passed a non-binding resolution that called for the Justice Department to release the special counsel’s report to the public. The resolution, that saw a 420-0 House vote with four conservative Republican lawmakers voting “present,” doesn’t force Barr to release the report publicly.

Most voters in the Fox News poll also approve of Mueller’s handling of the probe by a decent margin, 52 to 36.

White House spokesman Hogan Gidley confirmed as of the morning of March 24, they have “not yet received or been briefed on the Mueller report.” Barr said he intends to consult with Deputy Attorney General Rod Rosenstein and Mueller to determine what information from the report can be released to Congress and the public “consistent with the law.”