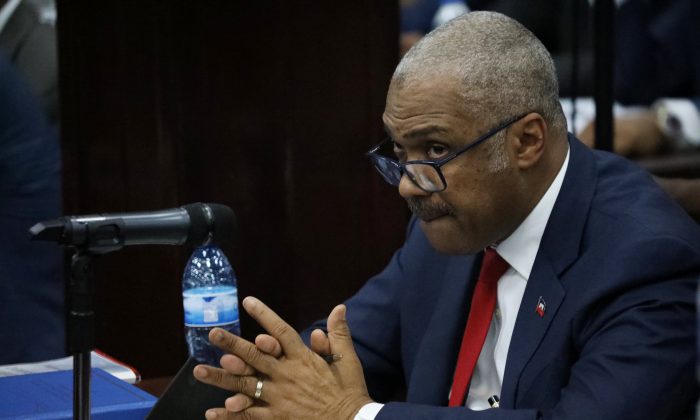 PORT-AU-PRINCE—Haitian Prime Minister Jack Guy Lafontant resigned on July 14 as he faced a non-confidence vote after a move to lower fuel subsidies prompted days of violent protests in the impoverished Caribbean nation.

In a speech to the Lower Chamber that was broadcast live on television, Lafontant defended his tenure but said that Haiti’s President Jovenel Moise had accepted his resignation.

“As I told you, I am at service to the Republic,” Lafontant said.

Earlier this month, the Haitian government announced a reduction of fuel subsidies as part of an agreement with the International Monetary Fund (IMF).

The move translated to a 38 percent rise in gasoline prices and 47 percent hike for diesel, triggering protests during which demonstrators barricaded roads, looted stores and set cars ablaze in the capital, Port-au-Prince.

The unrest caused embassies to close and airlines to suspend flights to Haiti for days.

Lafontant announced a temporary reversal of the policy in a bid to quell the demonstrations, but the protests continued. A no-confidence vote in his leadership had been scheduled for July 14, according to the Miami Herald.

The IMF said on July 12 that it expects Haiti to create a revised reform plan that will include a gradual lowering of fuel subsidies.

By Robenson Sanon and Stefanie Eschenbacher