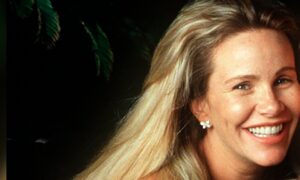 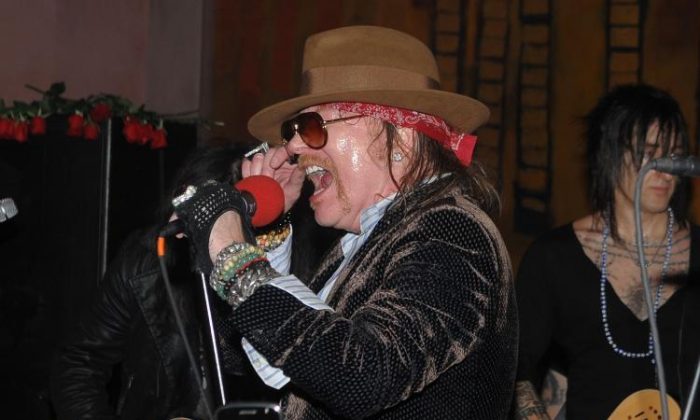 Guns N’ Roses was forced to cut a show short in Abu Dhabi over the weekend after singer Axl Rose got too sick to perform.

Reports indicate that Rose, 56, was able to perform for quite a while despite the illness before he was forced to stop, Fox reported.

“They’ve got me on IVs and a bunch of injections, because I got sick today, I’ve been throwing up for the last five hours,” Rose told the crowd, according to a video posted of the concert. “So, instead of canceling, I’m going to do the best show we can do for you!”

Rose was able to sing about 20 songs for a 28-song set, but he was eventually forced to stop, Billboard reported.

“Abu Dhabi, you guys were [expletive] great tonight!” guitarist Slash wrote on Twitter. “Axl was severely ill. But you all were hugely supportive. Thanks for that. We’ll see again next time! Cheers!!”

“Thank you Abu Dhabi! @axlrose pulled a damn miracle…the man was beyond ill, and pulled off something I’ve never seen in my 40 yrs of playing. You all pulled him thru. Til next time,” bass player Duff McKagan wrote on Twitter.

Thank you Abu Dhabi! @axlrose pulled a damn miracle…the man was beyond ill, and pulled off something I've never seen in my 40 yrs of playing. You all pulled him thru. Til next time!

Guns R’ Roses is winding down its several-year “Not in This Lifetime” semi-reunion tour. It features founding band members Rose, Slash, and McKagan.

The last proper album from GNR was “Chinese Democracy” in 2008, which features the title song  “Chinese Democracy,” which, in a rare move, brought to light the Chinese Communist Party’s persecution of Falun Gong, a spiritual practice that’s been maltreated in China since July 1999. Practitioners of the discipline are subjected to harsh forms of torture, psychiatric brainwashing, beatings, and even live organ harvesting.