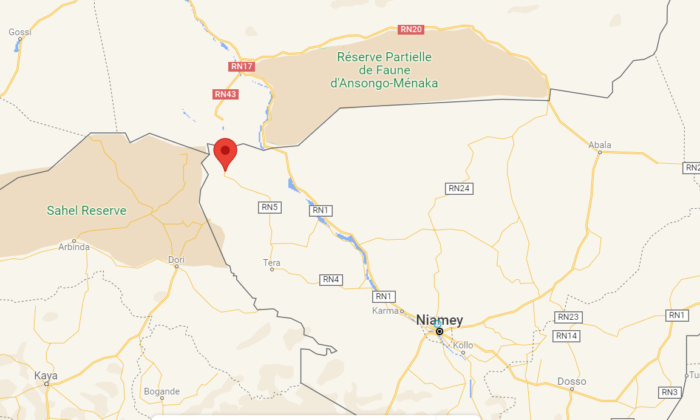 This image shows the location of the Gorouel area where the military camp of Fonion is located in Niger, on Dec. 6, 2021. (Google Maps)
Africa

Extremist rebels riding 100 motorcycles attacked the military camp of Fonion, in the Gorouel area, the ministry said in a statement late Sunday.

Soldiers fought back and inflicted “enormous damage to the enemy,” said the government statement.

“Dozens of terrorists have been killed,” said the press release from Niger’s interior ministry without specifying the exact number. The military is pursuing the rebels through land and air operations with reinforcements from the capital, Niamey, and other military bases, according to the statement.

“The precise assessment will be communicated at the end of the military operations which are still in progress,” the press release concludes.

The Fonion military camp is located near the village of Tera, where protests against the French convoy en route to Gao, in northern Mali, left 3 dead and 18 injured last week.