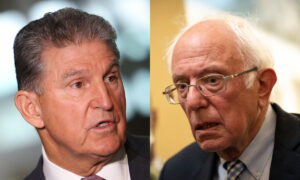 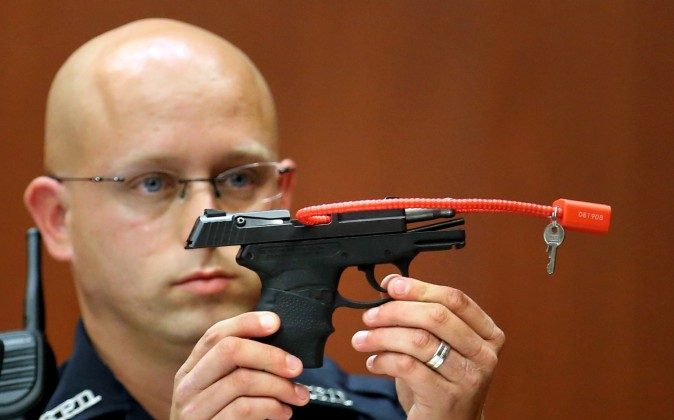 GunBroker.com confirms the delisting of George Zimmerman’s pistol auction was done at its “sole discretion.”

In a brief statement GunBroker said, “We want no part in the listing on our web site or in any of the publicity it is receiving.”

The site said Zimmerman created the listing late on the evening of May 11, and on May 12 “alerted news organizations that began reporting on the listing first thing.”

“Mr. Zimmerman never contacted anyone at GunBroker.com prior to or after the listing was created and no one at GunBroker.com has any relationship with Zimmerman. Our site rules state that we reserve the right to reject listings at our sole discretion, and have done so with the Zimmerman listing,” the statement said.

Zimmerman, the neighborhood watchman who fatally shot the unarmed 17-year-old in a gated community in Sanford, Fla., was acquitted of second-degree murder, as well as manslaughter, in 2013.

South Carolina Man Granted Bail After He Killed Two Men, Then Burned and Buried the Bodies

The case became nationally known, sparked a number of rallies and protests, and was one of the building blocks for the “Black Lives Matter” movement.

At around 9:30 a.m. on May 12, word of Zimmerman’s Kel-Tec PF-9 9mm pistol listing had gone viral. Nearly every major social media source had reported on the auction and its details—including Zimmerman’s take on it.

Zimmerman told WOFL Fox35 that he received several death threats after the trial, and even more after the auction listing, but said in response: “What I’ve decided to do is not cower, I’m a free American. I can do what I want with my possessions,” and in the description of the auction, he labeled the pistol an “American Firearm Icon” and “a piece of American History.”

The auction listing was removed at around 10:50 a.m., but the full description on GunBroker.com had read:

Prospective bidders, I am honored and humbled to announce the sale of an American Firearm Icon. The firearm for sale is the firearm that was used to defend my life and end the brutal attack from Trayvon Martin on 2/26/2012. The gun is a Kel-Tec PF-9 9mm. It has recently been returned to me by the Department of Justice. The pistol currently has the case number written on it in silver permanent marker. Many have expressed interest in owning and displaying the firearm including The Smithsonian Museum in Washington D.C. This is a piece of American History. It has been featured in several publications and in current University text books. Offers to purchase the Firearm have been received; however, the offers were to use the gun in a fashion I did not feel comfortable with. The firearm is fully functional as the attempts by the Department of Justice on behalf of B. Hussein Obama to render the firearm inoperable were thwarted by my phenomenal Defense Attorney. I recognize the purchaser’s ownership and right to do with the firearm as they wish. The purchaser is guaranteed validity and authenticity of the firearm. On this day, 5/11/2016 exactly one year after the shooting attempt to end my life by BLM sympathizer Matthew Apperson I am proud to announce that a portion of the proceeds will be used to: fight BLM violence against Law Enforcement officers, ensure the demise of Angela Correy’s persecution career and Hillary Clinton’s anti-firearm rhetoric. Now is your opportunity to own a piece of American History. Good Luck. Your friend, George M. Zimmerman ~Si Vis Pacem Para Bellum

Before it was taken down, the auction had been viewed over 250,000 times—the bidding price was set to begin at $5,000, but was taken down shortly before its scheduled start time.