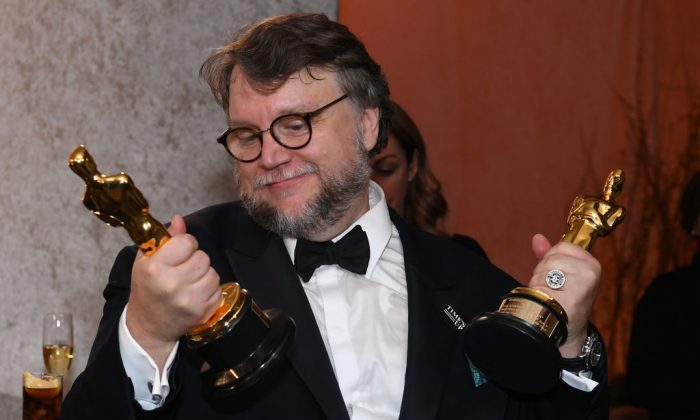 The film also scooped the Oscar for best movie.

Del Toro, 53, is known for making both mainstream action movies like “Hellboy” and offbeat dark fantasies like “Pan’s Labyrinth.” “The Shape of Water” has been celebrated as a visual feast about a woman who falls in love with a strange amphibious creature.

“The greatest thing art does, our industry does, is to erase the lines in the sand – we should continue doing that – when the world tells us to make them deeper,” Del Toro said in accepting the award.

Del Toro was favored to win the directing prize after picking up the Directors Guild of America Award last month. He received Academy Awards nominations in 2007 for “Pan’s Labyrinth,” but this was the first time he was nominated in the directing category.

Del Toro described his films to Reuters earlier this year as “fairytales for modern times.”

Other nominees included Christopher Nolan for “Dunkirk,” Jordan Peele for “Get Out,” Greta Gerwig for “Lady Bird,” and Paul Thomas Anderson for “Phantom Thread.”

“The Shape of Water” was hit with a plagiarism lawsuit last month that alleged its plot was lifted directly from a 1969 American stage play. Del Toro, who also wrote the screenplay, said he had never seen or read the play.