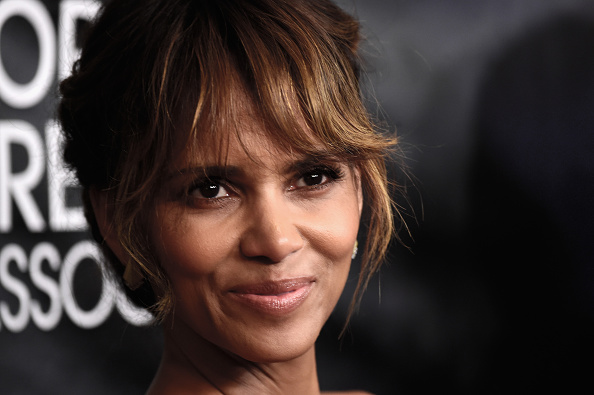 Hi everyone. Welcome! Today is a very exciting day for me… I’m looking forward to sharing our world through images that reflect my emotions and perceptions. I am in awe of photography and its ability to capture and reflect this extraordinary world that we live in. I’m excited to share with you my love of nature, the arts, fashion and much more in the hopes that the images will inspire, promote conversation and bring you joy. ❤ Halle

Hint: she is considered one of the most beautiful woman alive …

Berry joined the social media platforms on March 29 and as of 11:00 a.m. (EST) the following morning, she had already amassed roughly to 190,000 followers combined.

The “Monster’s Ball” actress will “share with you my love of nature, the arts, fashion and much more in the hopes that the images will inspire, promote conversation, and bring you joy,” she said in a caption of her first photo.

Speaking of her first photo upload, Halle Berry isn’t showing off the face that People Magazine named the most beautiful in 2003. She instead posted a photo with her bare back facing the camera in a nature setting.

The 49-year-old actress isn’t the only new user of Instagram as of late. New England Patriots star Rob Gronkowski joined Instagram on March 29 as well.