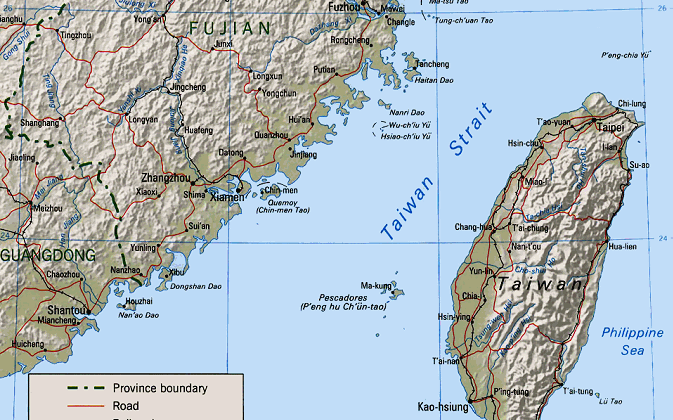 A recently leaked recording of an alleged meeting between leaders of southern China’s Guangdong Military Zone and the provincial Party committee shows participants pushing for a wartime deployment in the province, which would add more tension to the nearby Taiwan Strait.

On May 15, a Youtube account Lude Media revealed a tape that was allegedly transmitted by some senior military staff at great risk, which shows a May 14 internal meeting of the Chinese Communist Party (CCP) in Guangdong Province discussing how to layout the province’s wartime system. The Epoch Times was unable to authenticate the recording.

The meeting was allegedly held in response to Beijing’s national mobilization order.

China expert Shi Shan told The Epoch Times that such a wartime mechanism already exists in the mainland, but has been idle for years.

A Wartime system commonly indicates a temporary transitional system implemented by a country in times of war, the purpose of which is to strengthen the political, economic, social, cultural, and other fields to serve the war and support the country’s overall commitment to the war and hence, achieve victory.

“This uncovering is very detailed and specific. I believe that Guangdong Province is not the only one [to enter a wartime system], many provinces have started to do so, maybe even all of them.” Shi said.

At least six top officials in Guangdong allegedly attended the meeting. Earlier, on April 8, Guangdong set up a military and local command system, with the scale of a battalion at the provincial level, a company at the municipal level, and a platoon at the county level.

The prolonged lockdowns in China have led to millions of people being restricted in their activities outside the home, plus, an economic downturn. Regardless, attendees said they learned from the anti-epidemic curbs and those experiences will be translated into similar constraints on society in times of war.

Actually, the CCP has been dedicated to preparing for war, Lude Media said in the video, adding, that it has tightened its grip on the country through draconian zero-COVID measures.

The government’s major task is aimed at guaranteeing a strategic victory in the battle, said Li Xi, Party Secretary of Guangdong Province at the meeting.

Li stressed that workers and factory production must be in full swing to prioritize warfare needs, and use all means to avoid military supply disconnections.

For some large-scale impacts, such as financial collapse, factory withdrawal, and migrant workers returning home, it’s crucial to thwart any risks, Li said.

Tapping into the civilian power of the internet to support the war effort was another highlight at the conference of CCP cadres.

Huang Shanchun, political commissar of the Guangdong military region, said that mobilization abroad could be a robust force in supporting a strategic victory against Taiwan, listing Chinese overseas, state-owned and private enterprises, as well as China’s business with countries that are part of the “Belt and Road” initiative—a global infrastructure project initiated by CCP leader Xi Jinping.

Additionally, as part of the tactic of “using civilians to cover and support the military,” Chinese nationals outside China can be encouraged to purchase scarce domestic materials, such as high-end chips, precision machinery, strategic reserves, and all the resources across the world that can be useful for the regime. Through this assistance, the government can break the dilemma of the Western alliance’s blockade of strategic goods, Huang said.

Huang didn’t leave out technology giants Huawei and Tencent, together with Southern Power Grid and Guangzhou Metro Group, energy and transportation complexes, “we can draw network experts from them,” he said.

While eating into civilian resources, the CCP would firmly stay in the saddle.

For instance, the Guangdong government needs to keep a close eye on its two neighboring regions, Hong Kong and Macau, to prevent “hostile forces” from infiltrating from there and disrupting the war effort, Huang said.

The conference also proposed increasing the penalties for those who refuse the levy during the war.

CCP May Attack Taiwan Without Declaring a Date: Analysis

The meeting came up with two directions for decisive mobilization: one for the Taiwan Strait, and another for the South China Sea.

“Undoubtedly, the wartime system deepens the threat to the Taiwan Strait,” Shi said, “But this does not mean that the CCP will immediately enter into such a mechanism and launch a war.”

The main reason for the CCP striving to move from peacetime to wartime is to confuse other countries, said Shi, adding, that it is hard for them to let people be unaware of a massive troop build-up. But if it moves once or twice a month during the long so-called wartime period, the outside world gets in a muddle over the CCP’s real motive and then loses its vigilance.

That is to say, the CCP is reducing the pre-war time to bet that Taiwan or the United States will not have enough time to respond when it provokes a surprise war, Shi warned.

In terms of specific tactics, Shi believes that the CCP will not use common sense, assuming that “if nearly 1,000 fishing boats suddenly approach Taiwan without a declaration of war, how will Taiwan’s warships respond? It is unclear what the civilian ships are carrying.”

The CCP may use such a ruse to hide its ulterior motives, create perplexity, mislead public opinion, or violate international law, Shi said.

Shi suggested, that it is unlikely that the CCP will attack Taiwan before its 20th Congress, which will determine the CCP’s new leader this year.

However, Xi won’t rule out the possibility of claiming his re-election in the name of war in case of feeling a serious setback due to Party infighting.