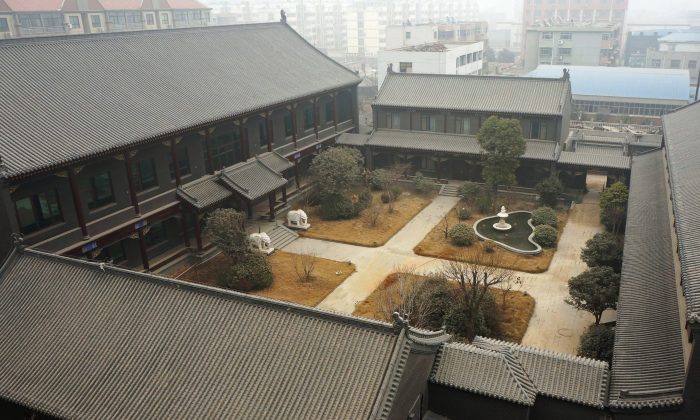 When paramilitary police searched one of Gu Junshan’s homes following corruption investigations last year, they had to work for two nights to recover all the loot, which filled four trucks. Lt. Gen. Gu had a taste for expensive, shiny objects—a boat made of gold, a golden wash basin, and a pure gold statue of Chairman Mao were found among his possessions.

In a closed-door trial on Monday, Aug. 10, a Chinese court found Gu, the former deputy logistics chief of the People’s Liberation Army, guilty of bribery, misusing public funds, and abusing power at China’s Defense Ministry, and sentenced him to death with reprieve, China’s Defense Ministry announced in a statement on its website.

Gu was charged in 2014 for selling military positions, a practice which allowed him to accumulate massive wealth. The golden Mao statue, crates of expensive liquor, and other objects of luxury were found in Gu’s house in his home in the city of Puyang in central China during an earlier raid in 2012, according to Chinese business magazine Caixin. A prosecutor’s office in the eastern Chinese city of Hebei valued Gu’s fortune at over 200 billion yuan (about $32 billion), reported Chinese finance magazine Caijing.

This April, Dong Mingxiang, another former military logistics chief, was reportedly taken away on corruption charges, according to Caixin. The People’s Liberation Army’s General Logistics Department is a hotbed for corruption because of its largely unsupervised control of vast sums for military construction projects.

There could also be another reason for the move against high-ranking logistics officials: the General Logistics Department runs China’s military hospitals, institutions that for many years are believed by researchers to have been directly involved in the act of harvesting organs from prisoners of conscience.

Gu Junshan headed the military barracks and housing division’s housing upgrading program from 2001 to 2009, so whether he was involved in these activities is unclear.

His patron in the armed forces, however, Xu Caihou, was fingered by a former senior military surgeon as overseeing the military’s forced organ transplantation system.

Jiang Yanyong, in an interview with Hong Kong Cable Television, said, “The absolute vast majority of liver supplies in China come from prisoners who’ve been executed,” and said that the harvesting was conducted while victims were still alive, to ensure the freshness of the organ. “At the execution site ambulances from the 301 Military Hospital would all go with a group of surgeons,” Jiang said.

The recent developments in the upper rungs of China’s military follow closely the analysis of several Chinese political commentators that Xi is, by targeting corrupt officials, carrying out a Party rectification drive to root out an older political network and strengthen his own position.

Guo Boxiong and Xu Caihou owe their former positions to ex-Chinese leader Jiang Zemin. Gu Junshan is connected to the Jiang clique both through Xu Caihou, and his other patron, Gen. Jia Tingan, the former deputy director of the General Political Department of the People’s Liberation Army and close ally of Jiang.

A day after Guo was removed in July, Xi Jinping promoted 10 military generals, some of whom are known opponents of Jiang Zemin’s associates.