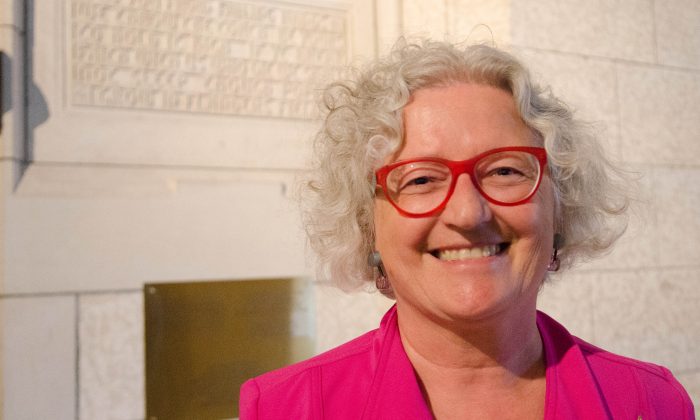 As Parliament breaks, MPs hope for change
By Matthew Little

The final days of Parliament’s current sitting, which ended Wednesday, were bitter. MPs from all parties have lamented the particularly harsh partisan tone and said they hope above all else that something changes when Parliament resumes in September.

Most, however, also said that’s unlikely, despite a cabinet shuffle expected sometime between now and then that could see some of the government’s more voracious partisans moved off the front bench.

Ontario Conservative MP Daryl Kramp would prefer to spend 90 percent of his time in his riding and only ten percent of it in Ottawa.

“Those are the people that put me in here, and that is where a lot of my real serious workload happens … and quite frankly, too much of our time up here I find is not spent as efficiently and effectively as I would like to see.”

Kramp said Parliament has gone downhill in the final days of the session, leaving him—and Canadians—disappointed.

“We need to work a little harder at everything, from being civil, to being resourceful, to meeting the expectations of the Canadian people,” he said.

Kramp blames parliamentary immunity in part for the problem, saying that if MPs were not protected from libel suits for what they say inside the House of Commons, they’d speak more responsibly.

“You can just go in there and make a misstatement, and that is wrong. You can ask a question that you know is deliberately false and you can answer in a manner that doesn’t address the problem,” he said.

“I want to be accountable for my words outside or inside the House and if I think something outside I want to be able to say it inside or vice versa.”

Linda Duncan, the NDP’s sole MP in Alberta and the only non-Conservative MP in the province, says the final five-week stretch has been gruelling.

Debates in the House have run to the early morning and an odd standoff at the immigration committee last week brought MPs in at 2 a.m.

Duncan said the time away from her riding has left her feeling disconnected, something she finds uncomfortable.

“I’m looking forward to finally being free from here,” she said.

It’s an oft-repeated sentiment, and while Kramp said all parties are to blame for the harsh partisan tone, Duncan levels her finger at the Prime Minister’s Office (PMO).

She said the MPs try to cooperate in committee, but that gets muddled by marching orders from the PMO.

“I would like the PMO to back off and, frankly, just let us work things out in committee.”

Liberal MP John MacKay echoed the sentiment, saying that a possible cabinet shuffle this summer won’t have much of an impact on the tone of debate unless the PMO wants it to.

When asked what he would most like to see when Parliament resumes in September, he said:
“It would be nice if everybody just took a pill of civility.”

“I found this particular session exceedingly long and exceedingly futile and if the trend continues we will degenerate into the state of the United States, which is in political paralysis which will serve no one’s interest.”

MacKay says he is not privy to the conversations that happen between Conservative House Leader Peter Van Loan and his NDP counterpart Nathan Cullen, but he said it is known they don’t get along and that makes the situation difficult for all MPs.

“For the life of me I don’t know what we are doing here until midnight debating bills that we all agree on. The bill right now, S-14, we all agree on it—we’ve agreed on it for months. So why is it we are spending hours debating something we all agree on?”

Bill S-14 is a series of amendments to strengthen the Corruption of Foreign Public Officials Act which punishes Canadian businesses that bribe foreign officials.

Tom Lukiwski, Van Loan’s parliamentary secretary, said partisanship is making the House of Commons less effective, even on pieces of legislation where all parties agree.

“The infighting, the acrimony, the partisanship, and hard feelings get in the way of smooth passage,” he said.

Better cooperation might be a pipe dream, he said, but it’s something he would welcome.

“This is a highly partisan environment that we work in, and there is always going to be levels of cynicism and mistrust among political parties. That is just the nature of the beast. You really have to work hard to overcome those inherent difficulties and obstacles.”

Lukiwski is looking forward to his time away from the Hill and being with his wife who recently had surgery, and two granddaughters. He will have a hip replacement himself, something he is eager to get done due to discomfort.

Partisanship might be a part of the job, but MPs have a job working on behalf of their constituents and passing laws that are meant to help all Canadians, he said.

“If we had that as a singular focus, I think that Parliament would work much better than it does now.”