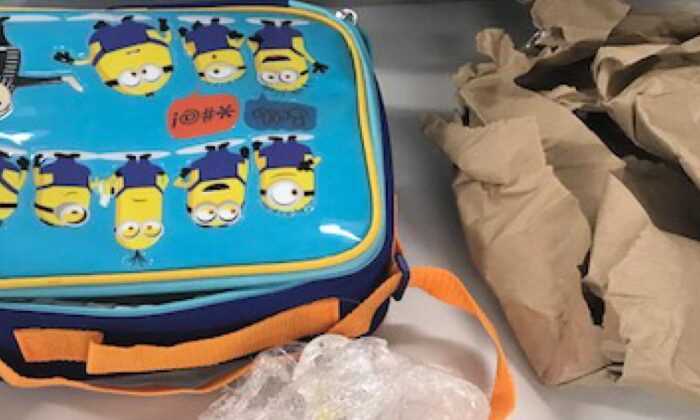 New York’s Special Narcotics Prosecutor is alleging that the group “shipped numerous packages containing cocaine from Puerto Rico to New York and Massachusetts” between May 2020 and July 2021, according to a Drug Enforcement Administration (DEA) statement.

They would allegedly hide bricks of cocaine in the small zipper bags and mail them from Puerto Rico to residential addresses in New York state, including in Manhattan, the Bronx, Queens, and Greene County, as well as to Massachusetts.

“Often, the named recipients were either fictitious or were actual individuals not associated with the address,” the statement reads. “Frequently, the return addresses were in New York, despite the packages originating in Puerto Rico. At least two packages bore the return address of a luxury clothing boutique in Upper Manhattan.”

Based on the “hallmarks” of several packages recovered by authorities, U.S. Postal Inspectors uncovered about 100 similar packages that have been shipped since May 2020.

Investigators used fingerprints to tie six packages to different members of the group.

In all, investigators recovered more than 66 pounds of cocaine.

“Concealing narcotic drugs in children’s lunchboxes was the modus operandi for this organization. If this tactic was designed to throw off law enforcement, it did not work,” Special Narcotics Prosecutor Bridget Brennan said in the statement.

Alleged “ringleader” Carlos Duarte, aka “Showtime,” was arrested on the morning of Oct. 27 in his Yonkers home by agents, officers, and inspectors from the DEA, New York Police Department, and the U.S. Postal Inspection Service. They recovered from the scene nearly a pound of “a white powdery substance, some of which tested positive as cocaine in a field test,” according to the DEA statement.

Fellow alleged ringleader Alexis Garcia, aka “Ale G.,” was apprehended in front of a Yonkers recording studio with $12,000 on him. Authorities found another $32,000 in cash at his home.

The two men worked as managers representing recording artists in Puerto Rico and the Dominican Republic, the investigators found.

“Frequent travel in connection with this work allegedly served as a cover for narcotics-related activity,” the statement reads.

Of the three other alleged culprits, Rual Sweeney was arrested on the night of Oct. 26 in the Bronx. Wesley Coddington, aka “Lucky,” was arrested on Jan. 22 in the Bronx. Inside the car he was in during the arrest, agents and officers found “a hidden trap compartment in the back seat area” with two lunchboxes stuffed with about two kilograms (4.4 pounds) of cocaine, according to the statement. Bryan Centeno-Rosado was arrested on April 29 while riding a livery car in Yonkers. Officers and agents recovered two lunchboxes stuffed with four kilograms (8.8 pounds) of cocaine.

“Over the years, we have seen many creative ways that drug traffickers conceal illegal narcotics in an effort to elude detection from law enforcement. Hiding narcotics in kid branded items is pathetic,” Postal Inspector in Charge Philip Bartlett said in the statement.

“Make no mistake, law enforcement will spare no resource to bring them to justice for their crimes in an effort to maintain the safety of the communities we serve.”