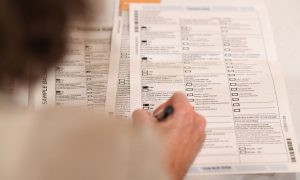 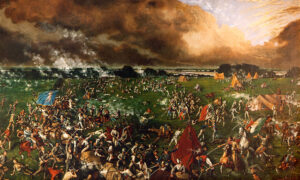 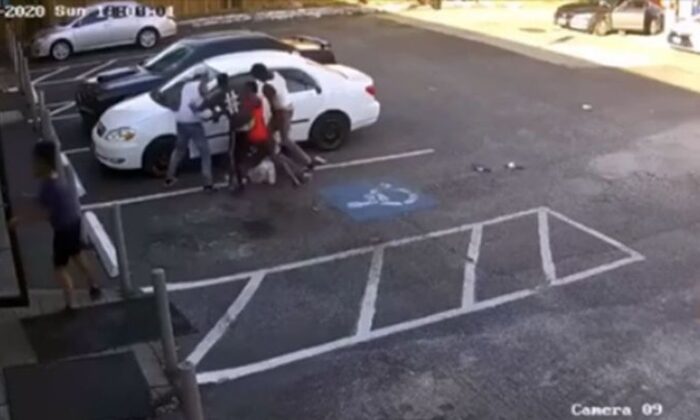 Multiple suspects are seen on video kicking and punching a man near a gas station in Klein, Texas, in June. (Mark Herman, constable of Harris County Precinct 4)
US News

Authorities are looking for multiple suspects seen on video kicking and punching a man near a Texas gas station on Sunday.

A graphic video shows a customer carrying bags at a gas station in Harris County, Texas, at around 7 p.m. on Sunday when at least five men attacked and knocked him to the ground. While he was on the ground, they kept striking him before fleeing, said officials.

The victim, who was not named, told officials that he was trying to purchase items at the store when a group of six men tried to cut in line.

“I looked over and said, ‘There’s a line for a reason,'” the victim told KTRK, adding that he told police the group mocked his hair and clothes.

When he exited the store, the group attacked him, he told the station.

“I don’t know what else I could do,” he told KTRK-TV. “The fifth one at the end came out of the store after purchasing goods, and came up to me and kicked me in the face and said, ‘Black Lives Matter, [expletive].'”

“I really hope they’re caught before someone else gets hurt,” the victim’s girlfriend told the Texas station. “I hope that the people take this and don’t say, ‘It’s white against black.’ I don’t want this to be the statement. I want it to be, here’s a man who was checking out and stood up for himself and he was targeted for that.'”

The video (warning: graphic) can be seen here: