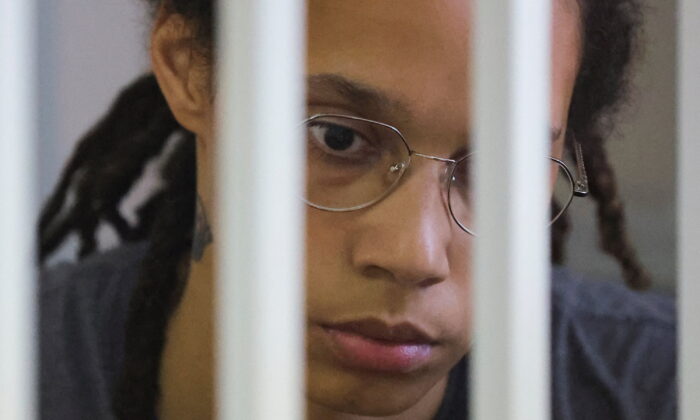 U.S. basketball player Brittney Griner, who was detained at Moscow's Sheremetyevo airport and later charged with illegal possession of cannabis, sits inside a defendants' cage before the court's verdict in Khimki outside Moscow, Russia, August 4, 2022. (Evgenia Novozhenina/Reuters)
Sports

Griner Sentenced to Nine Years in Prison in Russia

A Russian state prosecutor had requested 9.5 years in prison for Griner, who said in her closing remarks that bringing the cartridges into Russia had been “an honest mistake.”