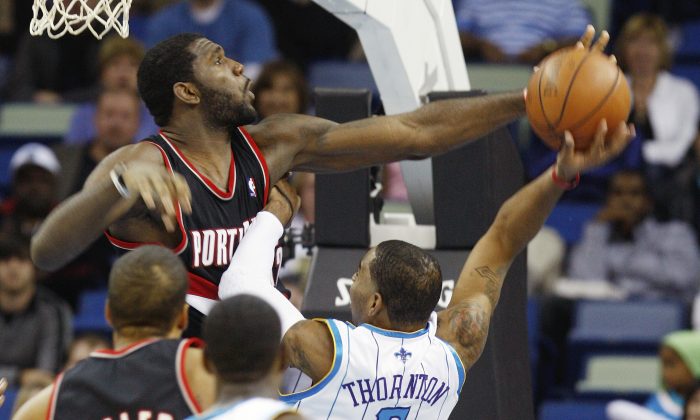 Greg Oden, the former No. 1 pick in the NBA draft and whose career stats are low because he hasn’t played an NBA game since December 2009, will attempt a comeback with the Miami Heat, according to a report.

Oden had been choosing between six teams, including the San Antonio Spurs and the Dallas Mavericks.

The South Florida Sun Sentinel reports that Oden agreed to terms on a two-year contract with the Heat at the NBA minimum. Marc Stein of ESPN also said the same thing.

The Heat lack a true center and often play power forward Chris Bosh at center. They paid for that lack of a true center in the NBA Finals as Tim Duncan scored many baskets on them.

Oden, a big 7-foot true center, was chosen No. 1 overall in the 2007 NBA Draft–ahead of Kevin Durant–but has just played 82 games in the NBA because of a string of injuries. Before he went into the NBA, Oden played one season for Ohio State University, which won the Big Ten that year, and was runner-up in the NCAA championship.

In his 82 games, Oden has averaged 22 minutes per game and 9.4 points per game, with a field goal percentage of .577, according to ESPN. He’s never attempted a 3-pointer. He’s also averaged 1.4 blocks per game and 7.3 rebounds per game.