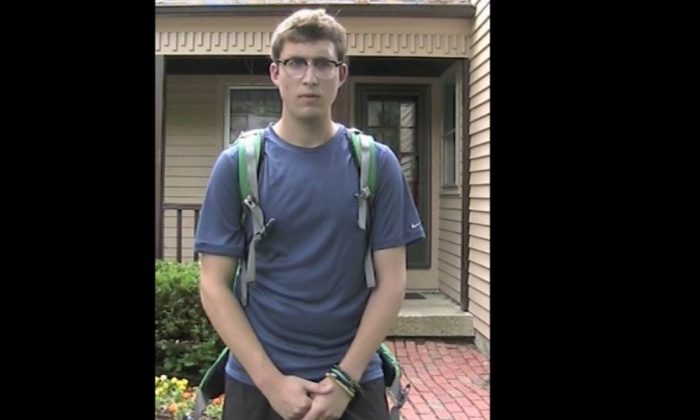 Greg Hindy’s vow of silence will accompany him across the U.S. Hindy, a former Yale University graduate, has been walking silently for the past 10 months and is still going, NBC reports.

“It’s his reaction against all of the 24-hour news cycle and reign of fear, and all the things that we live with,” his father Carl Hindy told the broadcaster.

He said that his son’s mission is out of mindfulness and meditation.

“Most of us are identity adopters, but Greg is an identity former,” said Carl Hindy, who is a psychologist.

Hindy set out to “create” his identity by walking to New Hampshire to Los Angeles without speaking.

He writes: “Beginning today, I am committing to a yearlong vow of silence and beginning a yearlong walk across the country. I am abstaining from just about all forms of entertainment other than the thoughts inside my head. I hope to better understand the endurance-performance works of artists who came before me. I hope to better understand myself and my relationship to my country.

“I am taking photographs all along the way. They will serve as a visual representation of my experience. They will shape the story I tell of the trip, but they will also shape the memory that I have of the trip. I have posted the first installment of the video portion of this project, in which I begin the vow of silence. On July 9, 2014, I will post the second video installment, in which I end the vow of silence.”