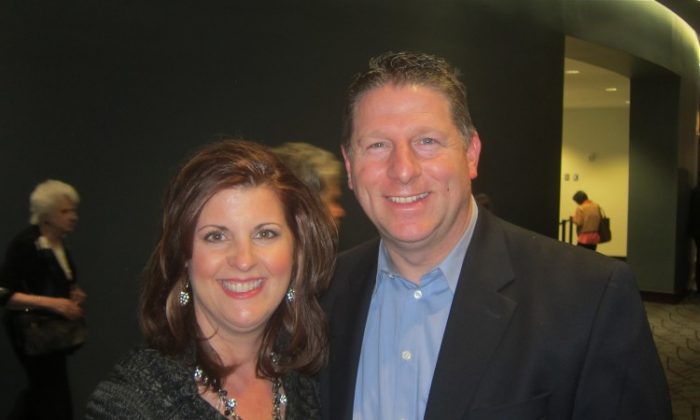 New York-based Shen Yun is the world’s premier classical Chinese dance and music company with a mission to revive the essence of the 5,000-year-old Chinese culture.

“Wonderful!” Mrs. Leonard said of the performance. “I like the cultural aspect of it—things you don’t particularly get to see.”

“The athleticism of the performers, and the costumes I thought were just beautiful—the best I’ve ever seen,” he added.

Mrs. Leonard said she was touched by the performance and commented on “how we are very similar … and underlying theme across all cultures.”

According to Shen Yun’s website, “every dance embodies traditional Chinese values. Ideals of loyalty, filial piety, and veneration for the divine are cherished and celebrated.”

This is the first year Shen Yun has performed in South Carolina.