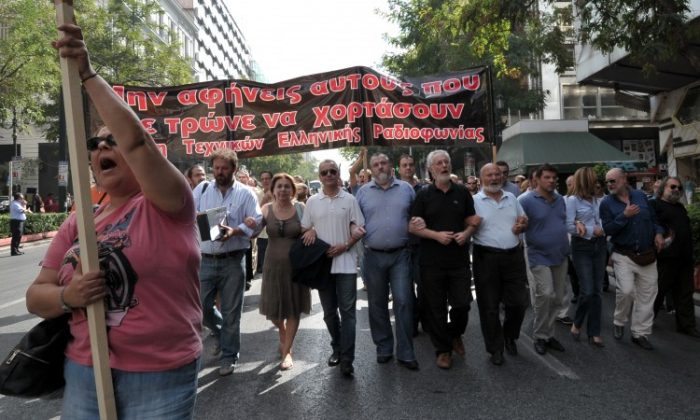 Newsrooms were quiet in Greece Wednesday, as journalists under the Panhellenic Journalists’ Union (POESY) walked out to protest austerity measures that would affect their health care funds.

On Tuesday, the journalists’ union had also called on its members to strike in reaction to the suspension of three journalists by the state-run broadcaster ERT. Two broadcasters had commented on a U.K. Guardian article about police brutality in Greece. Another reporter commented on the strict policing at a parade.