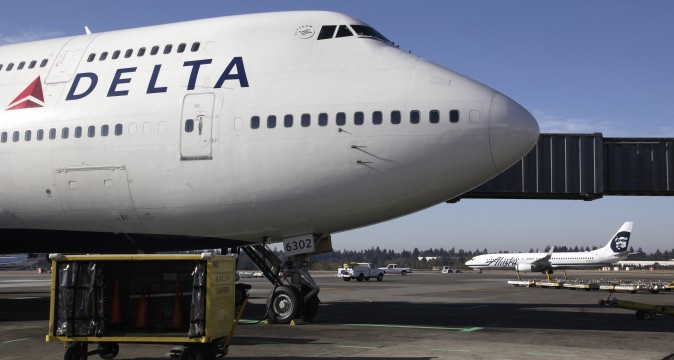 A short while after the EgyptAir Flight 804 crash last Thursday, Greek defense ministry F-16s were deployed to a nearby area to identify an unresponsive plane.

A Delta Air Lines charter flight from Kirchberg, Germany, to Kuwait entered Greek airspace without communicating with air traffic controllers, according to a Travel Mole report.

Numerous calls were sent to the jetliner and after it failed to respond, the defense ministry sent fighter jets to the airplane’s location—tensions were high as the timing was less than 24 hours after the EgyptAir crash.

Travel Mole, citing several sources, said the F-16 pilots made visual contact with the Delta Air Lines pilots and claimed they were asleep in the cockpit. One fighter jet pilot even attempted to wake the pilots using light signals, but was unsuccessful.

Related Coverage
Report Says Crashed EgyptAir Plane Had Threatening Graffiti: ‘We will bring this plane down’

The pilots were eventually alerted by cabin crew members, who had, in turn, been alerted by passengers who saw the fighter jets outside the aircraft windows.

Delta said in a statement that the Delta Airlines Boeing 767-400 was “about to enter Greek airspace at 19:10L (16:10Z) when the crew did not establish contact with Greek Air Traffic Control. As result two Greek F-16 fighter aircraft were scrambled and departed their airbase at 19:28L intercepting the Boeing about 20 minutes later about 25nm southeast of Santorini (Greece), the crew of the Boeing finally reacted and communication was restored at about 19:50L.”

Delta said the Boeing 767 continued its flight to Kuwait for a safe landing, while the F-16s returned to their base without incident.