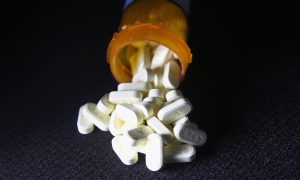 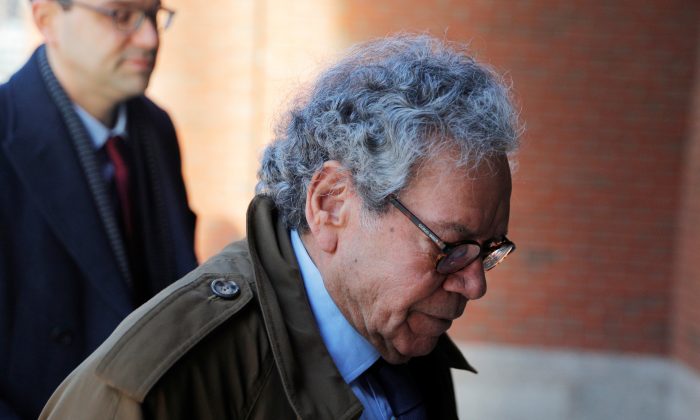 John Kapoor, the billionaire founder of Insys Therapeutics Inc, arrives at the federal courthouse for the first day of the trial accusing Insys executives of a wide-ranging scheme to bribe doctors to prescribe an addictive opioid medication, in Boston, Mass., on Jan. 28, 2019. (Brian Snyder via Reuters)
Crime and Incidents

A lawyer for John Kapoor, Insys Therapeutics Inc.’s one-time billionaire founder, denied that Kapoor had any role in the U.S. opioid crisis on Jan. 28 as a federal prosecutor told jurors he ran a scheme to bribe doctors to prescribe an addictive fentanyl spray.

Kapoor, the drugmaker’s former chairman, and four colleagues are the first painkiller manufacturer executives to face trial over conduct authorities say contributed to an opioid abuse crisis that has killed tens of thousands of people in 2017 alone.

Assistant U.S. Attorney David Lazarus told a Boston federal jury at the trial’s start that Kapoor oversaw the bribing of doctors who were paid to act as speakers at poorly-attended sham events at restaurants ostensibly meant to educate clinicians about its product, Subsys.

The U.S. Food and Drug Administration has only approved Subsys as a treatment for severe cancer pain. Yet Lazarus said doctors who took bribes often prescribed Subsys to patients without cancer, creating higher sales.

“This is a case about greed, about greed and its consequences, the consequences of putting profits over people,” Lazarus said in his opening statement.

She said Kapoor became dedicated to promoting Subsys after observing the pain his wife suffered due to breast cancer. She acknowledged Insys paid doctors but said Kapoor believed doctors really were being paid to talk up the product’s benefits.

“He thought the purpose was to educate other doctors,” Wilkinson told the court.

Kapoor’s 2017 arrest came the same day U.S. President Donald Trump declared the opioid crisis a public health emergency. In 2017, a record 47,600 people died of opioid-related overdoses, according to the U.S. Centers for Disease Control and Prevention.

In her opening statement, Wilkinson stressed that Subsys only makes up 0.03 percent of all U.S. opioid prescriptions.