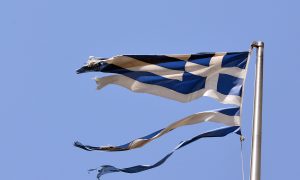 Greece’s Bailout May Be Over, but Not Its Economic Woes
0
Share Now
FacebookTweetParlerEmail
Copy Link 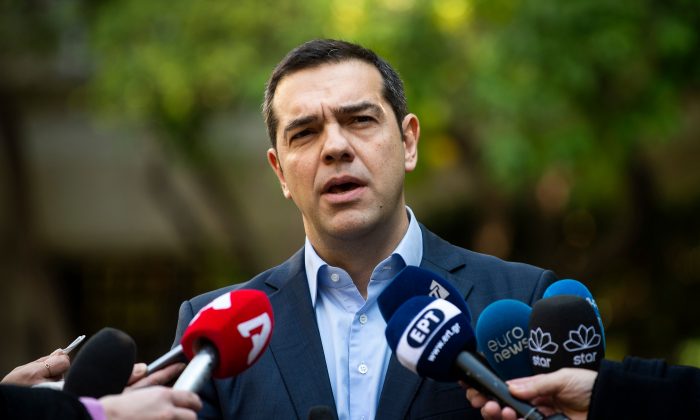 ATHENS—Greek Prime Minister Alexis Tsipras on Jan. 13 said he would call a confidence vote in his government after his coalition ally quit, leaving him bereft of a parliamentary majority and raising the possibility of snap elections.

Earlier, Greece’s right-wing defense minister resigned in protest at a deal ending a long-running dispute with Macedonia over its name, saying he was taking his other six ministers in the Cabinet with him.

The crisis left the fate of a 2018 deal changing the name of Macedonia to North Macedonia in limbo. Greek parliamentary endorsement of the name is required for the tiny Balkan nation to join the European Union and NATO. Macedonia’s parliament has already ratified the accord with a constitutional amendment.

Outgoing Defense Minister Panos Kammenos’s Independent Greeks party had seven MPs, enough to get Tsipras’s administration past the threshold of 150 deputies in the 300-member parliament. Tsipras’s Syriza party has 145 seats and also the support of one independent lawmaker.

“I have taken my decision and have informed the president of parliament that we will immediately move to the process outlined by the constitution for the renewal of the confidence in my government,” Tsipras told journalists.

A firebrand leftist, Tsipras was elected in 2015 on a platform of anti-austerity but was forced into a third international bailout to bring back Greece from the brink of bankruptcy. The country exited a bailout program in mid-2018.

Kammenos, who forged a coalition pact with Tsipras in 2015, never concealed his hostility to the deal with Skopje.

Greece has a province named Macedonia and has long demanded that Skopje change its country name to remove what Athens considered to be an implied claim to Greek sovereign territory.