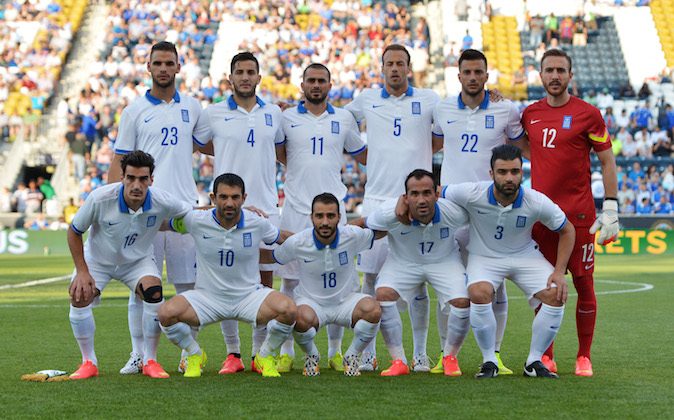 The Greek National Team starters pose for a team picture before an international friendly match against Nigeria at PPL Park on June 3, 2014 in Chester, Pennsylvania. (Photo by Drew Hallowell/Getty Images)
Soccer

The game will be broadcast on OTE Sport 1 in Greece.

In the United States, the game will be shown on beIN Sports USA.

Greece will be looking to end their goal and win drought against Bolivia on Friday.

Fernando Santos’s men have failed to find the back of the net since a 1-1 draw with Romania in their World Cup qualifying group.

Greece are playing their preparation match in the United States in a bid to acclimatize to the conditions in Brazil.

Santos said in a press conference after Greece’s friendly match against Nigeria on Tuesday that: “We have accumulated a little bit of fatigue, but generally we are adapting well to the climate.”

“These tests are important to ensure we are prepared for the first match with Colombia.”

“We cannot play in Brazil so the best alternative is to adapt ourselves in another way, the United States have similar conditions to the ones we will confront in Brazil so it is normal for teams to adapt in time difference and weather conditions.”

“I believe the two 0-0 draws have had different meanings, we are playing better, it is part of the progression we want to see.”

“I am satisfied by the effort from the players,” Santos concluded.