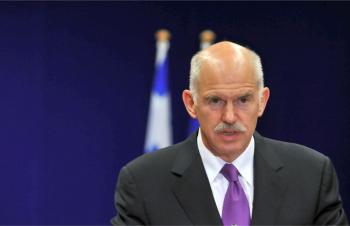 By Epoch Times Staff
Print
Prime Minister George Papandreou said that the country is investigating whether U.S. investment banks contributed to the nation’s unsustainable debt problem and may seek legal action against some firms.

The decision will be made after a parliamentary investigation of several U.S. firms. Wall Street banks have recently attracted scrutiny from regulators domestically and abroad.

Goldman Sachs Group Inc. was recently sued by the Securities and Exchange Commission, and the N.Y. attorney general’s office is also currently investigating eight banks in relation to their mortgage activities during the financial crisis.